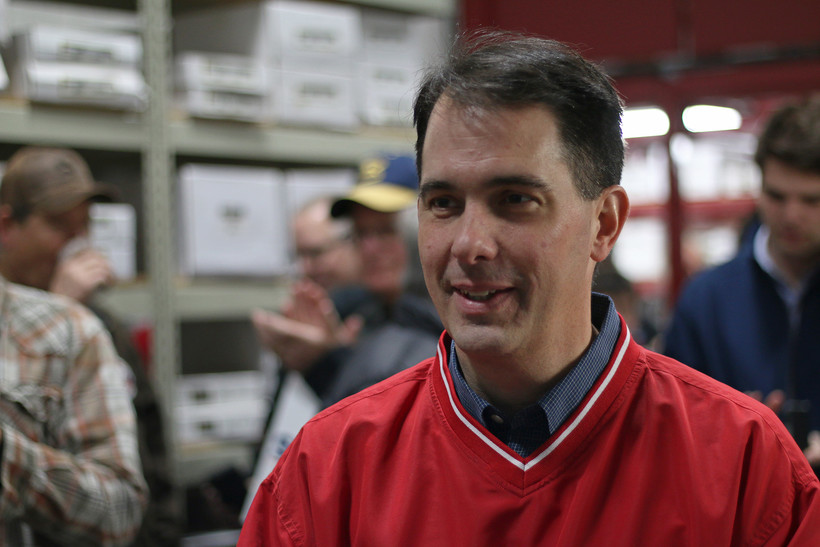 Walker's gubernatorial campaign has been attacking Evers for including passages in his budget requests without attribution. In his letter released on Thursday, Walker refers to seven examples of plagiarism.

"As reported by the media, several versions of your official agency budget request for the 2019/2021 state budget and of multiple previous official budget requests from your agency include language copied from someone else’s work (including Wikipedia and an intern with an organization in Washington, D.C.) without referencing the source of the work," Walker wrote.

At a campaign event in Eau Claire on Thursday, Walker pointed out that DPI's own website says "copying and presenting another person's work as your own is illegal and considered plagiarism."

"My letter to him is saying, 'What do you say to the students of the state?'” Walker said. "Why is it that they're held to a higher standard than you're expecting from your own agency?"

When asked for comment, Ever's campaign spokesman Sam Lau said Walker was trying to use the DPI budget issue as a deflection.

"Scott Walker is flailing so he can distract from the fact he is suing to gut protections for 2.4 million Wisconsinites with pre-existing conditions — the lawsuit Tony has committed to withdraw from on his first day in office," Lau wrote.

At the same campaign event, Walker reacted to a recent comment made by Evers that he would revisit air permits issued by the state Department of Natural Resources to Foxconn for its southeastern Wisconsin manufacturing facility. The governor said Foxconn was subject to the same, if not more stringent, environmental regulations that apply to any other manufacturer in the state.