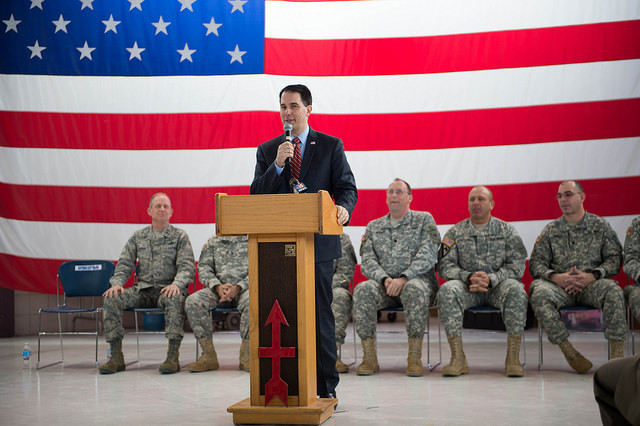 Gov. Scott Walker said the University of Wisconsin could ask its faculty to teach more classes and do more work to offset funding cuts in Walker's state budget proposal.

Walker's budget would cut $300 million from the UW System, but at a stop in Madison on Wednesday, the governor said another provision in his budget would help offset the cuts.

Walker's budget would turn the UW System into an independent authority with more power to decide how to spend its own money. Walker said that could include asking faculty to do more.

“In the future, by not having limitations of things like shared governance, they might be able to make savings just by asking faculty and staff to consider teaching one more class a semester,” said Walker.

UW-Madison Chancellor Becky Blank said Walker's budget would lead to layoffs, and lawmakers from both parties said that in two years it would cause tution to soar.