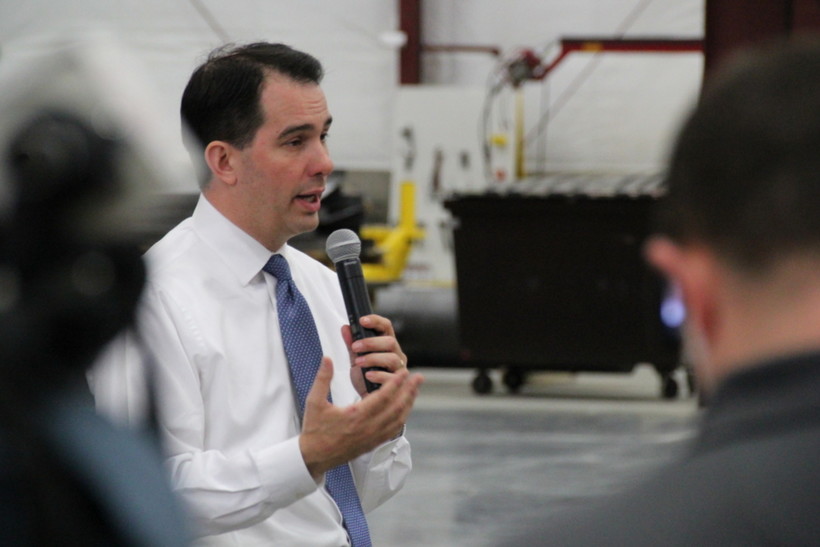 Walker Says His Campaign Needs To Be 'Motivated By Inspiration'

Governor Campaigns Over The Weekend
By Chuck Quirmbach
Share:

Gov. Scott Walker says the election between him and Democrat Mary Burke is about inspiration versus anger.

Walker spent part of the weekend touring campaign offices in Reedsburg and Waukesha. A big voter turnout in the Republican stronghold of Waukesha County may be key to the governor's re-election.

Walker told about 75 supporters in Waukesha that complacency is his campaign's biggest challenge.

“People say ‘Oh, the governor, he won the recall election by a bigger margin the second time than he did the first time.’ We can’t do that. The other side is unfortunately motivated by anger; we need to be motivated by inspiration,” said Walker.

The campaign of Democratic candidate Mary Burke says Walker's record has led to Wisconsin being last in the Midwest in private-sector job creation. A Burke spokesman said that whatever emotion it evokes, it should come as no surprise that voters are responding enthusiastically to Burke's plan to create jobs based on her success in the private sector.

Two groups Walker is apparently trying not to anger are police officers and firefighters. Walker told reporters on Sunday that he has no plans to try to expand collective bargaining limits to fire and police unions.

Senate Majority Leader Scott Fitzgerald refused to rule out such an expansion when he spoke after last week's state Supreme Court ruling upholding the Act 10 law.