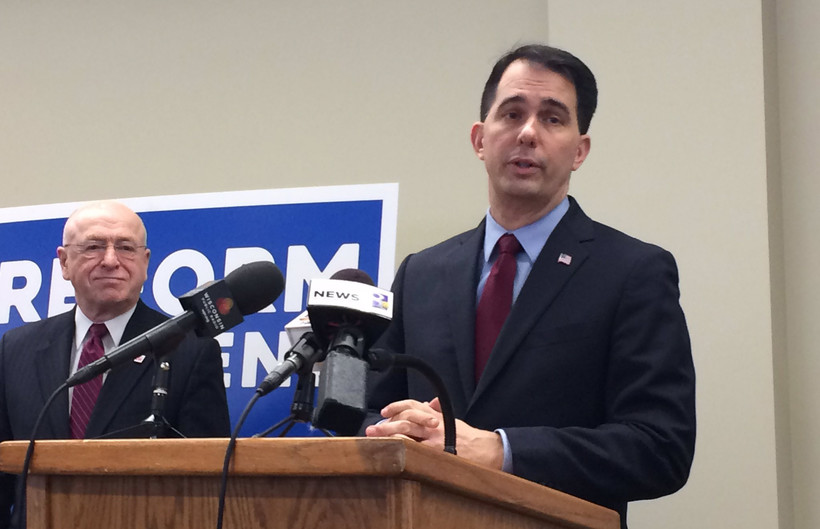 Walker Says He Will Cut UW System Tuition By 5 Percent

Gov. Scott Walker says he plans to cut University of Wisconsin System tuition by 5 percent in the 2017-2019 state budget.

Walker announced more details about his plans for funding changes to the UW System during an event Tuesday at UW-La Crosse.

In his proposal, Walker said the UW tuition freeze will continue in the first year of the biennial budget and then be reduced by 5 percent in the second year. The state would provide $35 million to cover the cut, which is estimated to save the average student $360 for a year's tuition.

While state lawmakers have voiced concerns about the tuition freeze, including Senate Majority Leader Scott Fitzgerald, Walker said he would encourage those with doubts to ask students and their families what they think of the cut.

"I would imagine there's a lot of excitement here," Walker said. "It’s one of the most frequent things I hear from (citizens), and I heard it in every county in the state."

Spokeswoman for Assembly Speaker Robin Vos, Kit Beyer, said in an email to The Associated Press that Vos favors keeping tuition where it is and instead ensuring there's adequate financial aid.

Walker also announced he plans to increase state funding for the UW System by $100 million.

The largest portion of that funding, $42.5 million, will be awarded to schools based on performance measures like graduation rates and employment rates of students. Walker said the criteria will be set in partnership with the UW System Board of Regents after the budget measure is approved.

"We know the sorts of things we'd like to measure, but we think the Regents and the System and the staff here are the best equipped at helping us make sure it's practical," Walker said.

UW System President Ray Cross said he’s pleased the UW System will have a say in setting the new criteria and that more state funding is available.

"Anything that makes it more affordable for students, we would really support that," Cross said. "However, we also have to guard against losing quality, and is this a reduction to us in another way, so we have to look at the details of that."

Cross said he also wants to see more details on the governor’s proposal to allow students to opt-out of additional fees charged by system schools.

Walker will address the state Legislature at 4 p.m. Wednesday to introduce his full budget proposal.