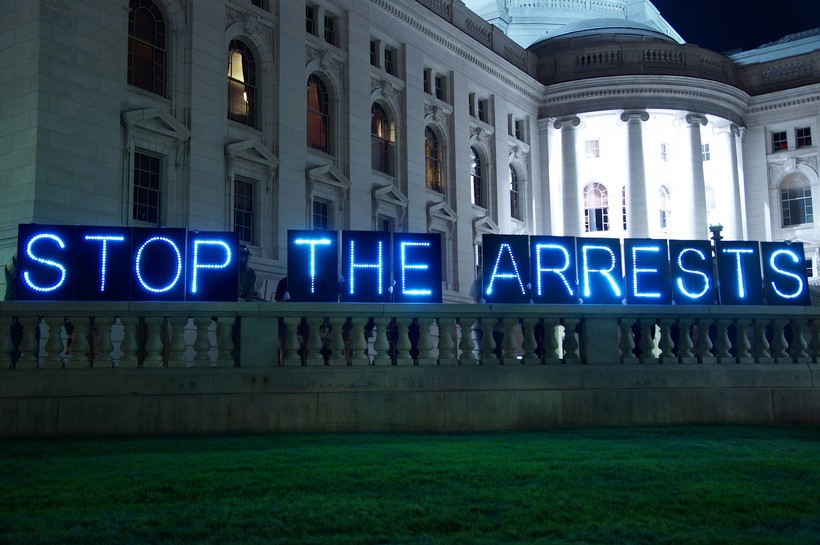 Walker Says He Welcomes Solidarity Singers: 'We Just Ask Them To Follow The Rules'

Gov. Scott Walker today says he welcomes the daily protests against his policies at the state Capitol.

He also suggested daily arrests of the demonstrators will continue as long as they refuse to apply for permits.

More than 300 people have been arrested over the past month during the daily protests in the rotunda. Today, police arrested another 14 of the more than 200 people who gathered for the sing along. Those arrests were peaceful, as opposed to one that turned violent on Monday. In that arrest, police threw 22-year-old Damon Terrell on to the marble floor before handcuffing him and his older brother, who had sat down when police approached him.

Asked about those arrests today Gov. Scott Walker declined to comment. But he says he supports the rights of the protesters, saying:

"There were two young large black males who were demonstrating while black," says Kuharski. "They were doing nothing else different - in fact, they were being more careful than most. They were not singing. They were observing."

Kuharski says protesters counsel each other through Facebook about how not to provoke police.

A federal judge has temporarily upheld the current state Capitol rules. A final ruling is expected before the end of the year.