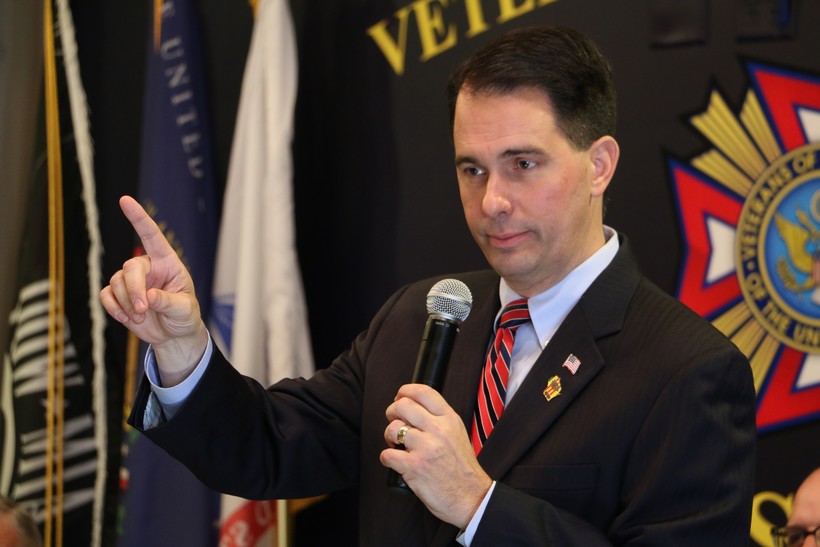 Gov. Scott Walker said he decided to drop an appeal of a special elections lawsuit because it became clear he was not going to win in court.

Walker was rebuked by three judges over the past week for his decision to delay calling special elections in Wisconsin's 1st Senate District and 42nd Assembly District. Walker considered appealing his case to the state Supreme Court where conservatives hold a 5-2 majority, but he changed his mind and called special elections for June 12.

Walker said he made the decision when it became clear the plaintiffs who brought a lawsuit to force him to call the elections were going to win.

"They were able to succeed in court," Walker said Thursday. "We're willing to allow it to go forward. We think the real focus is not on the June elections but ultimately on what we do in the fall."

The lawsuit challenging the governor's decision to leave two legislative seats open was brought by the National Democratic Redistricting Committee, on behalf of voters in the open districts. The group is chaired by former U.S. Attorney General Eric Holder.

Republicans were considering a bill that would retroactively cancel the elections, but Senate Majority Leader Scott Fitzgerald, R-Juneau, abandoned the effort, saying that bill would also fail in court.

Walker said he's disappointed in the ruling and thinks that holding a special election will cause confusion among voters.

"This will end up being a meaningless election that will waste the taxpayers money," said Walker. "By that I mean the Legislature is not coming back into session until after the fall elections and it's going to cost potentially more than $200,000 to conduct these two elections."

Democrats have argued Walker delayed the elections for fear Republicans would lose the districts after a surprise upset in a January special election in the state's 10th Senate District where a relatively unknown Democrat beat state Rep. Adam Jarchow, R-Balsam Lake, by a 55-44 margin.