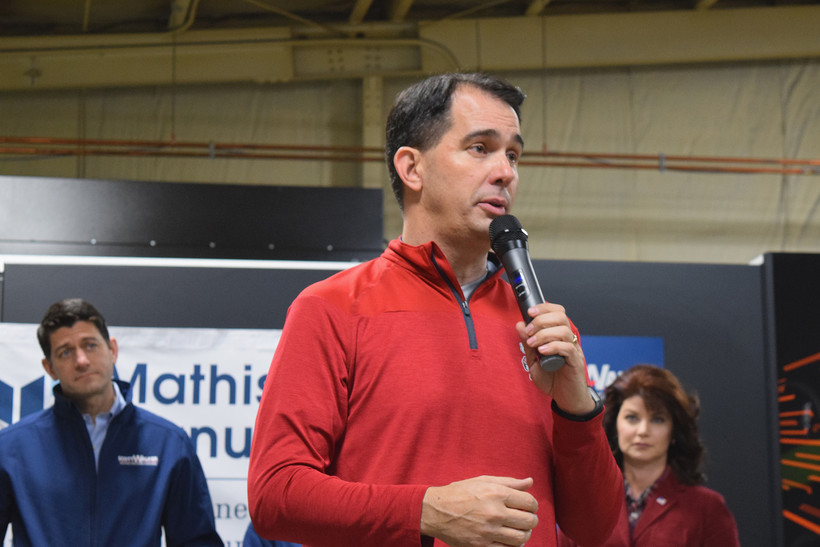 Health care has been a central issue in Wisconsin’s statewide races, and on Thursday, Gov. Scott Walker, an opponent of the Affordable Care Act, told reporters he would make sure that everyone living with a pre-existing condition is covered if he’s re-elected.

While the promise may sound familiar to voters, Walker’s remarks go beyond previous comments.

"No matter what happens in the courts or in the Congress, in Wisconsin we'll codify that, the exact same language that's in the Affordable Care Act," Walker said at a campaign stop at Mathison Manufacturing Inc. in Waukesha.

In February 2018, the governor authorized a lawsuit seeking to overturn the ACA.

In the past, Walker has said if the ACA were repealed while the state Legislature is out of session, he would call a special session to bring a bill to protect those with pre-existing conditions to a vote.

Still, experts have said that bill falls short of the ACA’s protections. There have also been questions about how likely such a bill is to pass and whether the state would have the ability the federal government has to enforce companies that self-insure.

The Wisconsin Legislative Council found if the ACA were overturned and pre-existing protections eliminated, other federal law would bar the state from regulating companies that self-insure.

"Politicians like Scott Walker are always talking out of both sides of their mouth and telling last-minute lies like this," said Walker’s Democratic challenger, Tony Evers, in a statement. "The fact is that Scott Walker spent the past eight years trying to repeal the Affordable Care Act and its protections for pre-existing conditions."