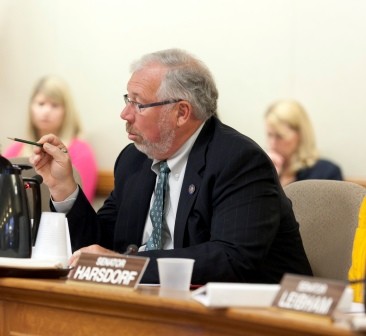 A key Republican says he shook hands with Governor Scott Walker on a deal that would expand vouchers in Wisconsin in ways very different than Walker originally proposed.

Walker originally wanted to expand vouchers to nine new districts with enrollment of at least 4,000 kids where schools performed poorly on a new state report card. The deal, first detailed Thursday to the Milwaukee Journal-Sentinel, would scrap that entirely, instead expanding vouchers statewide with an enrollment cap of 500 students the first year and 1,000 students after that. No more than one percent of the students in any district could participate in the plan, and it would be restricted to poorer families.

Republican leaders insisted negotiations were still fluid and no deal was final. Sen. Paul Farrow, R-Pewaukee, is one of three Republicans who said recently the budget had to expand vouchers to get his vote. Farrow was not ready to commit on this plan: "I do have some concerns of where we're looking at continuing the expansion for choice in schools."

"The proposal on school choice is worse than what we had before, no question. And anybody who thinks this is going to stay at one percent of the school population is living in a fantasy land."

State Superintendent Tony Evers called the plan a "Trojan Horse," saying within a few years there would be a "voucher in every backpack."