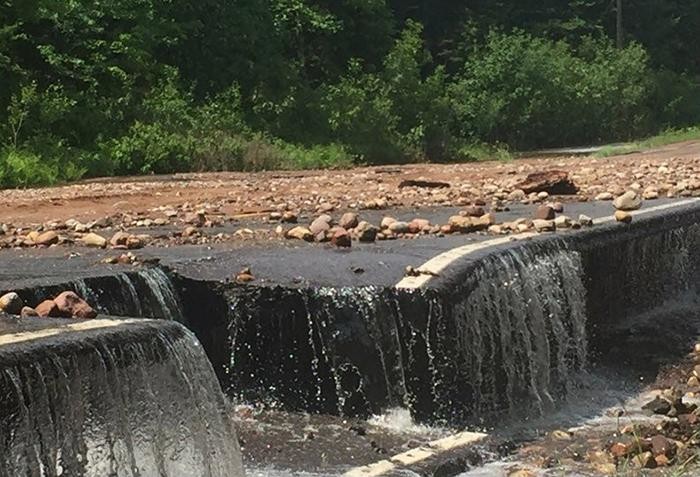 Wisconsin Emergency Management spokeswoman Lori Getter said teams from FEMA will be in Superior on Monday to begin damage assessments. Getter expects the work will take four or five days.

"They’ll be looking at mainly public infrastructure, such as bridges and roads and also debris cost removal because we know those are quite substantial as well," said Getter.

Walker requested the assessments for Ashland, Bayfield, Burnett, Douglas, Iron, Clark and Pepin counties. Douglas County sustained the most damage at around $5.2 million. Douglas County Emergency Management Director Keith Kesler said many roads have been repaired so they’re at least passable, but some remain closed.

"I’ll say about 25 percent that are closed, waiting for contractors, waiting for money, hoping that FEMA will come and help pay because some of the cost of these repairs exceed the entire budget for some of these townships," said Kesler.

Kesler said it’s been more challenging for local officials to collect information on damages than previous floods because impacts were far more widespread throughout the county.

Bayfield County also sustained widespread damage amounting to roughly $2 million of missing culverts, washed out or impassable roads. Some roads have only received a temporary fix while others are completely damaged and "look like river beds," said Victorson. The Wisconsin Army National Guard and state Department of Transportation have been assisting locals with collecting damage estimates.

"We’re still finding areas that are being impacted on an ongoing basis. I know the Town of Delta also has a lake that is up higher than anyone can find in recorded history," she said. "I don’t know if houses are being flooded yet at this point, but I do know that driveways and roadways are still underwater."

Victorson said property owners around the Pigeon Lake area in Drummond have been contending with flood damage.

"We have areas where the water has not gone done yet so people still have water in their basements or are pumping around the clock to try to keep the water out of the basement," she said.

Property owners reported damage to about 80 homes and businesses with the majority reporting minor damage like basement flooding in homes. However, FEMA teams will only assess damage to public infrastructure.

"In order for Wisconsin to even look at requesting federal disaster assistance for individual homes or businesses, we really need to get into the ballpark of over 500 homes with major damage, which would mean flooding on the first floor and/or destroyed," said Getter.

Federal assistance for individuals appears unlikely. However, Kesler noted emergency assistance may be available for some homeowners through the Community Development Block Program.

FEMA will first examine those counties hardest hit by flooding next week. Getter said they anticipate more damage could still be uncovered.

"But, we want to get FEMA out here, start looking at the damage assessments, see what we have, see if we really qualify for a federal disaster declaration and then provide that information to the governor’s office," she said.