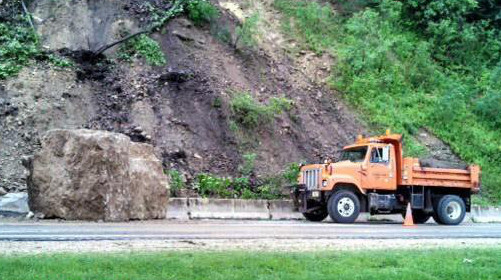 Governor Scott Walker is asking for federal funds to reimburse communities for infrastructure repair after heavy rains in late June.

FEMA inspectors visited Wisconsin last month and saw hundreds of roads, bridges, culverts, and buildings that were damaged due to June's torrential rains and flooding. Cost totals ended up on Walker's desk. Now he is requesting $9 million in federal aid to cover damages to local infrastructure in 11 counties, and for the Red Cliff Band of Lake Superior Chippewa.

Lori Getter, a spokesperson for Wisconsin Emergency Management, says there's reason for optimism: "This same storm system also hit Iowa and Minnesota. Both of those states have received declaration for public assistance."

If President Barack Obama approves the request, the federal government will pay 75 percent of eligible costs. The state and local governments would split the remaining 25 percent.