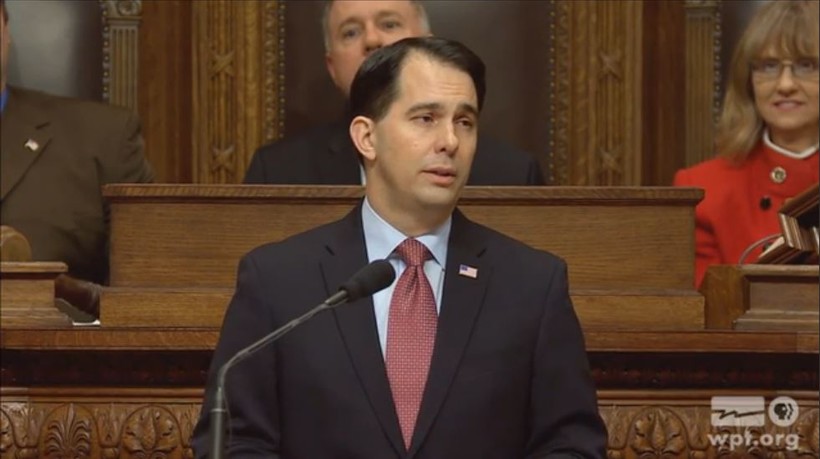 Gov. Scott Walker has dropped his plans to merge Wisconsin's economic development agencies just hours after an audit found one of them was still not following the law.

But a stinging report from the Legislative Audit Bureau released on Friday found that WEDC had once again failed to follow the law and its own policies in awarding taxpayer-funded incentives to companies. It's the second audit in a row to make such a finding.

In a statement Friday, Walker did not mention the audit in relation to his decision to drop his merger plan, saying instead that he made the move after hearing from legislators, stakeholders and the WHEDA and WEDC Boards.

After hearing concerns from legislators, stakeholders, and the WHEDA and WEDC Boards, we asked legislators to remove the proposed agency mergers from the state budget and we asked the bill authors to not move forward with the proposed separate legislation … Given the issues raised at the recent joint WEDC/WHEDA board meeting, it is not the appropriate time to pursue these proposals.

The audit found that WEDC did not require businesses to submit information that proved jobs were created or retained.

Green Bay Republican Sen. Robert Cowles, co-chair of the Legislature's Audit Committee, said he's "irritated" and "upset" by the Bureau's findings, especially given the perceived lack of progress compared with the previous audit a year and a half ago.

"So if you don't have the base documented and you don't have an idea of how many jobs were created how can we decide as legislators whether these tax credits and loans are actually working?" Cowles said.

"This is the second major audit and apparently we still have major problems,"

Cowles added, promising that hearings on WEDC's performance will be held later this year.

Editor's note: This story has been updated to include comments from Sen. Robert Cowles and WEDC CEO Reed Hall.