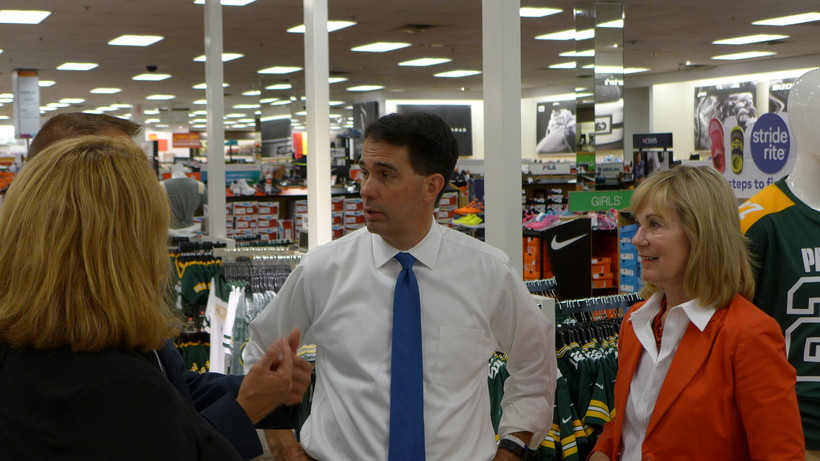 Wisconsinites could get a tax break for back-to-school shopping next year, under a new proposal from Gov. Scott Walker.

Walker unveiled the proposal to make the first weekend in August next year and again in 2018 a tax holiday at a news conference Wednesday at Shopko's headquarters in Green Bay.

Walker said it takes a lot to get kids ready to go back to school, and the expenses can add up quickly.

"So they’re at an incredible advantage to have that sales tax holiday to make it more affordable for families from the state to get those back to school items and then to add incentive to do it here at stores that operate in the state of Wisconsin," Walker said later in the day at a press event at Kohl's in Menomonee Falls.

"I think what you're going to find here particularly — again with big retailers like Kohl's, Shopko and others — is it'll be a little bit like what you have on the day after Thanksgiving when there are major sales to get people into the stores," Walker said. "I think it'll drive more volume in and that's really what we're hoping for."