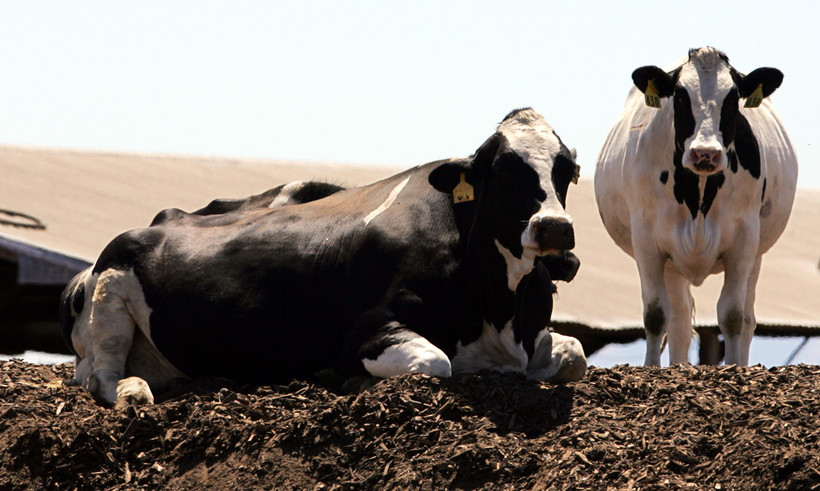 Recommendations On How Dairy Farms Can Use Technology To Protect Water Quality Due Dec. 1
By Patty Murray, The Associated Press
Share:

Gov. Scott Walker has directed three state agencies to come up with ideas on how dairy farms can use manure digesters to protect water quality.

Walker announced during a stop Thursday in Kewaunee that he has directed the state's Public Service Commission, Department of Natural Resources and Department of Agriculture, Trade and Consumer Protection to come up with recommendations by Dec. 1 on how dairy farms in environmentally sensitive areas can use digester technology.

Kewaunee County is trying to deal with a groundwater pollution issue that some environmentalists say is caused by large-scale farms. A study released last year found 34 percent of wells tested in the county had unsafe levels of nitrates and bacteria. About 2 percent of tested wells were contaminated with E. coli.

The county is home to 16 Concentrated Animal Feeding Operations, also known as factory farms or CAFOs. Farmers who own large or small operations could use the digester, which would most likely produce compressed natural gas.

It's not yet known where the anaerobic digester would be or how much it might cost. The state is accepting requests for proposals and will have a decision in January.

"The public service commission in October preliminarily looking at this, looked at something in the range of $10 (million) to $20 million when they brought this forward per our request," Walker said.

A $47 million package was proposed in October. It also includes money for rural broadband.

Walker said the digester would be paid for through a mix of public and private funds, though the split hasn't been determined.

Walker said it will be a good investment, "it helps clean water, it helps the environment and it helps our farmers, which is an important part of our state's economy."

John Pagel, who owns one of Kewaunee County's large-scale farms and chairs the county board's soil and water department, said biodigesters are a tool to protect well water quality.

"Why can't we have agriculture and have clean water?" Pagel said. "I think with all of the efforts that we have and all the organizations that are here we'll get that, and everybody's on board. Everybody is moving in the right direction. All the organizations, all the farmers, everyone wants clean water so it's going to happen."