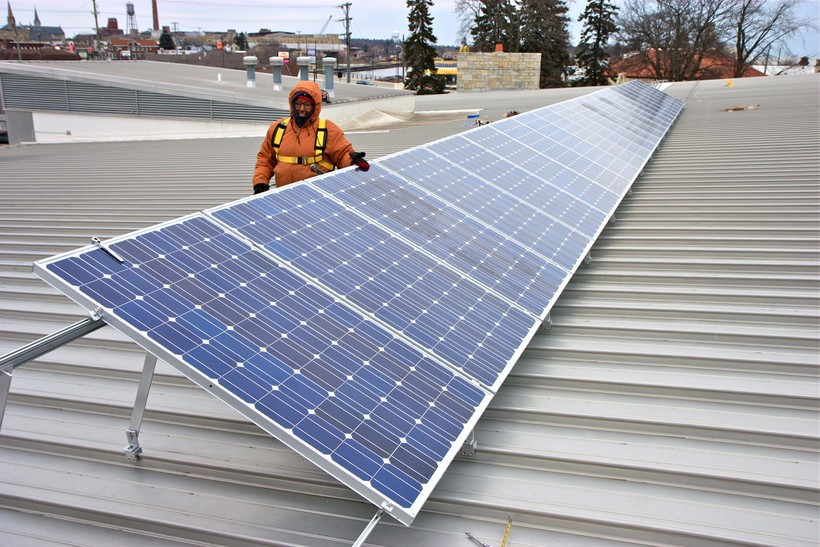 Gov. Scott Walker says he supports energy efficiency, but still has concerns about a ratepayer-backed state program that provides incentives for efficient and renewable energy projects.

Walker is reviewing a bill recently passed by the state Legislature that would cut $7 million, or roughly 7 percent, from the Focus On Energy Program.

This week, a state Public Service Commission report said efficiency and conservation efforts like the Focus program help keep electricity usage and bills down, despite electricity rates in Wisconsin that are the highest in the Midwest.

Walker wouldn't say what he'll do with the budget cutting legislation, but he said he's cautious about subsidizing green energy.

"My predecessor (Democrat Jim Doyle) and the Legislature poured a lot of money into subsidizing certain industries related to clean energy and there's gotta be a balance there, too," Walker said.

Big electric utilities are pushing for the cut to Focus on Energy, arguing their customers are getting double charged under the way the program is funded. But renewable energy groups say there are other solutions.

"The data in this draft (PSC) Strategic Energy Assessment shows the value of the Focus on Energy program quite clearly: although our rates are high in Wisconsin compared to neighboring states, customers are able to afford their bills because they are conserving and using more efficient technologies in their homes. Spending less on electricity enables people to afford the other necessities of life and contribute to broader economic growth in local communities. It is not good energy or economic policy to cut Focus On Energy when the program contributes a benefit of over $3.30 per dollar invested and delivers lower bills for customers.