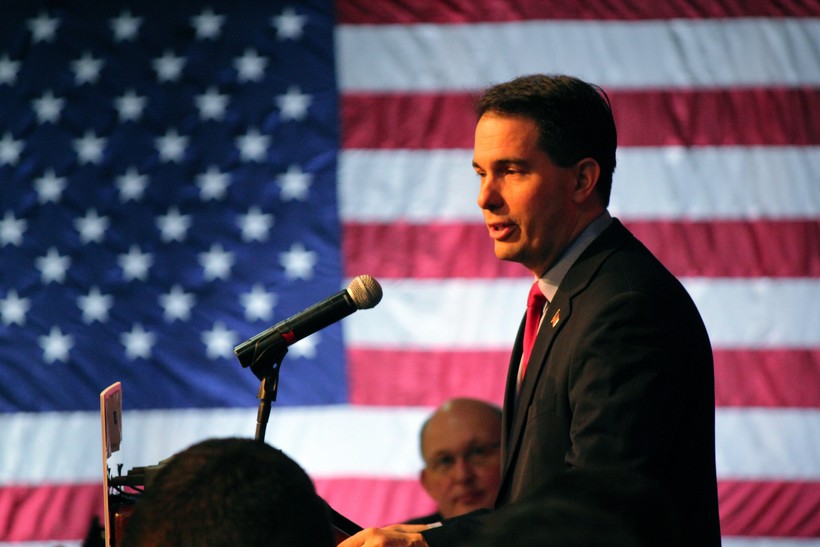 Gov. Scott Walker said Wednesday that he doesn't think that a bill to end local restrictions on police officers asking about the immigration status of people charged with crimes will likely pass.

Walker Is 'Just Fine' With Sanctuary Cities Bill Not Being Passed

Gov. Scott Walker says he doesn't think the state Senate will pass a controversial "sanctuary cities" bill, and he says he's "just fine with that."

The bill, which passed the Assembly last week, would prohibit local ordinances or policies that keep police from asking about someone's immigration status. While GOP sponsors downplayed it as a modest step, the proposal lit a fire under immigrants' rights groups, prompting a protest of 20,000 people at the Wisconsin Capitol.

Speaking to reporters Wednesday, Walker said he wanted to focus on bills that help the economy.

Senate Majority Leader Scott Fitzgerald's office recently said the bill was not a top priority in his chamber.