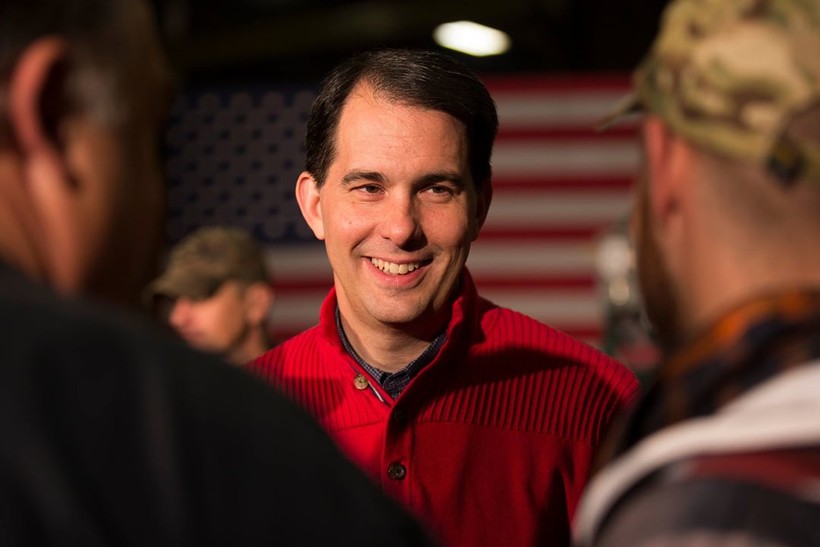 Walker Forms 527 Group, But What Does That Mean?

Gov. Scott Walker announced this week the formation of a new committee called “Our American Revival” to help promote his messages and cover costs as he considers a bid for the 2016 Republican presidential nomination.

The creation of the organization isn't an official announcement that he’ll run for the White House, but it’s a big step in that direction. Our American Revival is a 527 tax-exempt group that isn't permitted to campaign for the election or defeat of any particular candidate.

According to the Center of Responsive Politics, the Federal Election Commission (FEC) only requires a 527 group to file regular disclosure reports if it's a political party or political action committee (PAC) that engages in activities expressly advocating the election or defeat of a federal candidate. Our American Revival will run as a special interest group officially unattached to any presidential candidate to raise soft money to be used for certain types of issue advocacy. It won’t be advocating for Walker, but in all likelihood, it will advocate for issues that Walker stands for and will promote in the future.

As long as he isn't formally a candidate for president, it allows them to promote him and his ideas without being subject to contribution limits or source restrictions, said Ken Mayer, professor of political science at the University of Wisconsin-Madison and an expert in campaign finance.

If at some point Walker does became a candidate, Mayer said, some campaign finance could kick in and the restrictions would depend on what exactly the organization does.

“My guess is that if he becomes a formal candidate, this group’s structure will change, or the personnel will change, so that they can have some distance,” Mayer said.

The application paperwork filed to create Our American Revival is reportedly three pages long. The group described in part its purpose “as an organization that will communicate a vision and work to enact policies that will lead to a freer more prosperous america for all by restoring power to the states and more importantly to the people.”

Our American Revival released its first TV ad earlier this week, a two-minute long video that touts the governor's record in Wisconsin. The ad never mention Walker by name, but images of the governor are featured prominently in the video.

Overall, it’s a significant step towards a presidential run.

“I think at this point it’s very likely he's going to announce,” Mayer said. “And all of the things that he has been doing over the past few weeks and months are all pointed in that direction.”