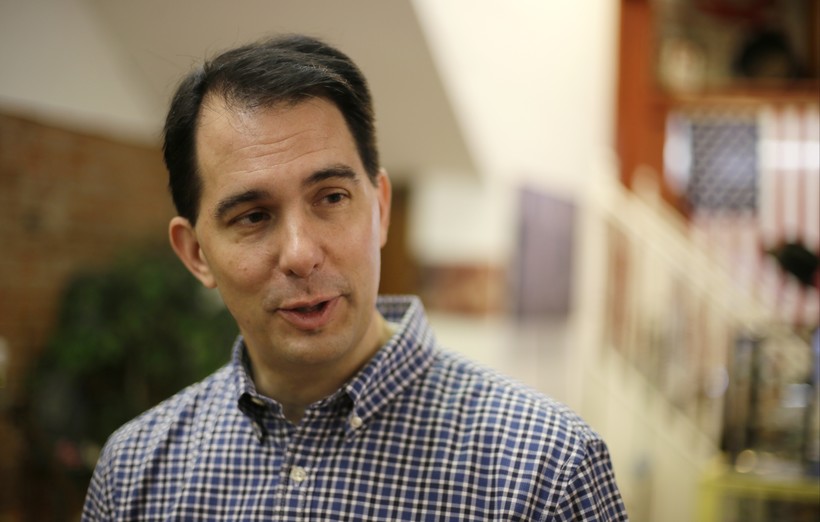 Gov. Scott Walker got a closer look at state and commercial fisheries Monday when his tour of northern Wisconsin made a stop at Lake Superior's Apostle Islands.

During the visit, Walker acknowledged recent discussions to reach a new fishing agreement between the state Department of Natural Resources and local tribes, after a 10-year-old contract expired last year. Fishing in the lake is jointly managed by the state, the Bad River Band of Lake Superior Tribe of Chippewa Indians and the Red Cliff Band of Lake Superior Chippewa.

"Certainly, we need to respect the sovereignty of the tribal nations," Walker said. "At the same time, we need to understand whether it’s commercial fishermen, sporting fishermen or others throughout the state that there’s got to be a balance there. If we have shared mutual interests there, we’ll go a lot further."

Some sport and commercial fishermen are frustrated by state rules that don’t apply to tribes. The chairman of the Great Lakes Indian Fish and Wildlife Commission has said any suggestion that tribes are depleting the resource is 100 percent false.

The governor and his cabinet are on the road in northern Wisconsin all week. Walker said the state has been helping promote tourism up north after flooding damaged roads last month.

"What we’ve been doing is some targeted advertising online just to make sure that people knew all the different roadways were open," he said. "Even with the little bit of highway construction being done at the local level, there were plenty of ways to get to all the major attractions."

The July 11 storm caused at least $10 million in damage to the marina and campground at favorite tourist spot, Saxon Harbor.