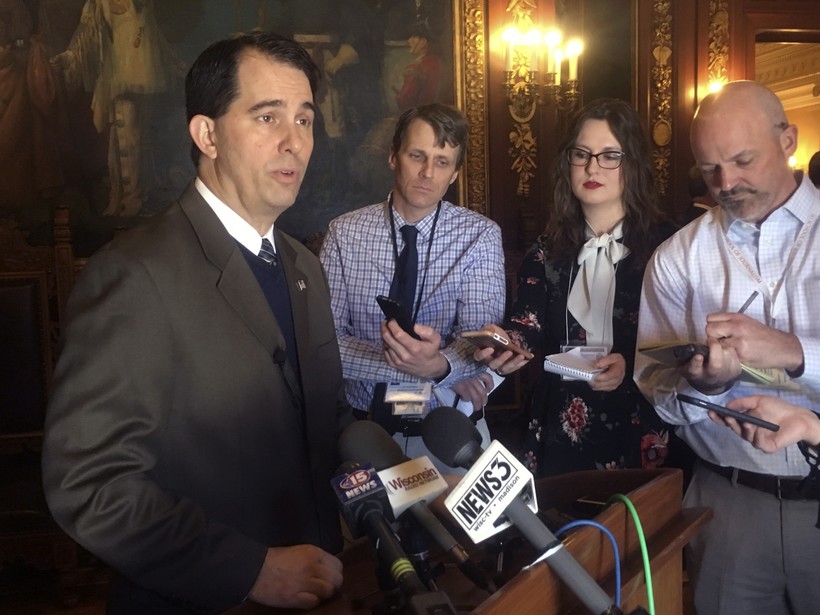 Gov. Scott Walker said Wednesday he’s confident a plan to reorganize the state’s juvenile justice system will pass the Legislature this year, despite new concerns from the leader of the state Senate.

Senate Majority Leader Scott Fitzgerald, R-Juneau, told the Associated Press on Wednesday that a deal unanimously approved by the state Assembly last month is "not ready for prime time."

Under the plan, the state’s youth prison, Lincoln Hills, would close by 2021. Juvenile inmates would be relocated to smaller, county-run institutions across the state and serious juvenile offenders would be moved to other state-run institutions. Fitzgerald told reporters the negotiations to create the bill were "horrendous" and it "didn't go through the right channels.”

Walker met with GOP senators on Wednesday morning to talk about the deal.

"We had a productive discussion on our child tax credit and sales tax holiday, protections for those with pre-existing conditions, rural economic development, and juvenile corrections reform," Walker said in a prepared statement. "I am confident we will get these positive things done before the end of the session."

"I don't think that that's a reason not to be passing a piece of legislation that has bipartisan support in both the Assembly and the Senate," Steineke said.

Fitzgerald said there are enough votes in the Senate to pass a streamlined version of the bill — one that would simply close the state’s largest youth prison — but Steineke argued that doesn’t do enough.

"That doesn't answer the longer term problems, structural reforms that are necessary to make sure these individuals have a place to go that have an opportunity at rehabilitation," he said.

The state Senate is expected to hold its final day of voting in 2018 on March 20. The Assembly has already wrapped up its work for the year.