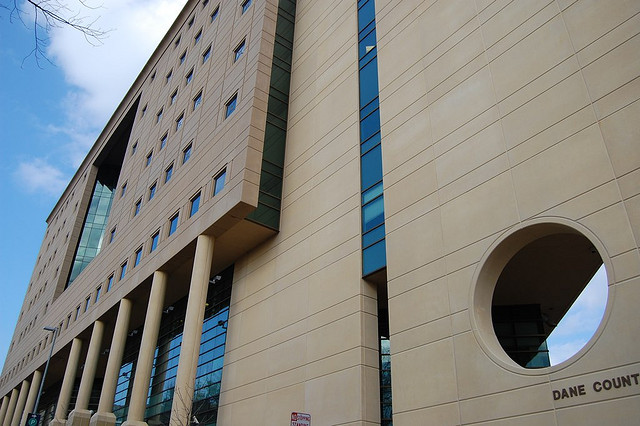 The Dane County Courthouse in Madison.

Governor's Office Has Promised To Figure Out Way To Pay Reporters
By Danielle Kaeding
Share:

The governor’s proposed budget currently does not include a way to fully pay state circuit court reporters.

The budget changes how the circuit courts are funded, proposing the use of grants to pay the state’s 300 court reporters. However, funding for the reporters is currently $2 million short of what's needed.

"If they don’t fix that, that would mean we’re a million dollars a year short for the court reporters. And the only place we would have to get that money from would be to take it away from the counties," said Jeff Kremers, the chairman of the Committee of Chief Judges.

Bayfield County Circuit Court Judge John Anderson said he’s not hitting the panic button yet, noting the governor’s office has said the budget will include a way to pay the court reporters before it's finalized. Otherwise, he said the county could lose around $60,000.

"All that $60,000 would get eaten up basically with court reporters — with their salary and benefits," he said.

Anderson said the reporters are an essential part of the judicial system.

Kremers said he’d like the reporters to be paid out of the same budget as judges. He said they could also be paid from the director of state courts' budget.

"That would give the director of state courts more flexibility and more places to take money from to pay any shortfall in that budget," said Kremers.

The state has cut $10 million in court funding for counties in the last two budgets.