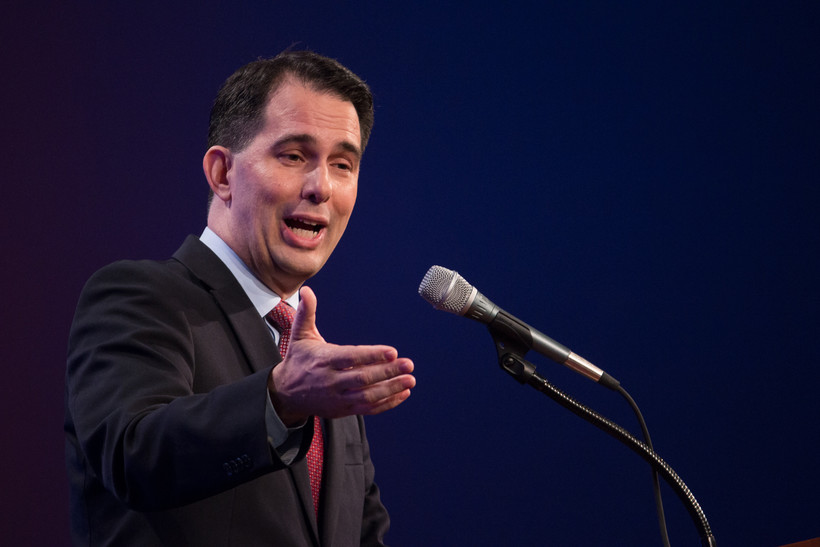 Walker Both Hits And Misses The Mark On Cop Killings, Analyst Says

Governor: Anti-Police Rhetoric And Division Have Risen Under Obama
By Bill Martens
Share:

Gov. Scott Walker’s criticism of anti-police chants by Black Lives Matter activists is "legitimate," according to a political scientist who specializes in African-American politics.

In a column posted Wednesday on the conservative website HotAir, Walker wrote that there has been an increase in anti-police rhetoric in the past six years under Obama.

"Instead of hope and change, we’ve seen racial tensions worsen and a tendency to use law enforcement as a scapegoat," he said. "This kind of attitude has created a culture in which we all too often see demonstrations and chants where people describe police as ‘pigs’ and call for them to be 'fried like bacon.'"

Walker was referring to an incident Saturday at the Minnesota State Fair< in which Black Lives Matter protesters chanted "pigs in a blanket, fry ‘em like bacon." The march occurred just hours after Texas sheriff’s deputy Darren Goforth was shot and killed while getting gas, allegedly by a black gunman.

Andra Gillespie, an associate professor of political science at Emory University, said Walker’s condemnation of the chant is valid.

"When people critique the police, you have to keep the critique substantive," she said. "Once you start to veer into name-calling, it completely undermines the seriousness of the discussion that’s there."

She added: "If we’re actually going to have the elevated conversation that we need to have, I think the first thing we need to do is we need to take that type of offensive language off the table because it puts people on the defensive."

In defense of Black Lives Matter, Gillespie noted that the pejorative "pigs" for police pre-dates most of the people in the movement. In addition, an organizer of the group in St. Paul told MSNBC Wednesday that the chant was "more playful than anything" and that a nearby officer was joking around with them.

Gillespie also rejected the notion that the rhetoric, demonstrations and violence is Obama’s fault.

"As we’re going through unprecedented change in the United States and as our country has become increasingly diverse, sometimes the natural offshoot of that type of diversity is that you end up going through a period of heightened tension," she said.

"We should have expected that," Gillespie said. "To blame President Obama and to call his rhetoric divisive, I actually think is really, really unfounded."

As for the recent murders of law enforcement members and the shooting deaths of unarmed individuals, Gillespie cautioned against jumping to conclusions as the motivations behind and details of the events are not immediately clear.

She mentioned that Shannon Miles, the 30-year-old suspect in Goforth’s death, was found mentally incompetent in 2012.

"We can’t say that this is necessarily Black Lives Matter ... because there are lots of things that could explain what happened. And he hasn’t spoken yet about sort of what was going through his head when this happened," she said.

Gillespie also pointed out that the alleged killers of Lt. Joe Gliniewicz of the Fox Lake, Illinois Police Department, who died Tuesday morning, are of different races with unknown motives. As a result, the incident cannot be linked yet to the debate over racial profiling and police brutality.

"There have been people who have killed police just because they had sheer evil in their hearts … Sometimes things happen coincidentally and there’s no causal link between certain types of public debates that have been out there," she said.