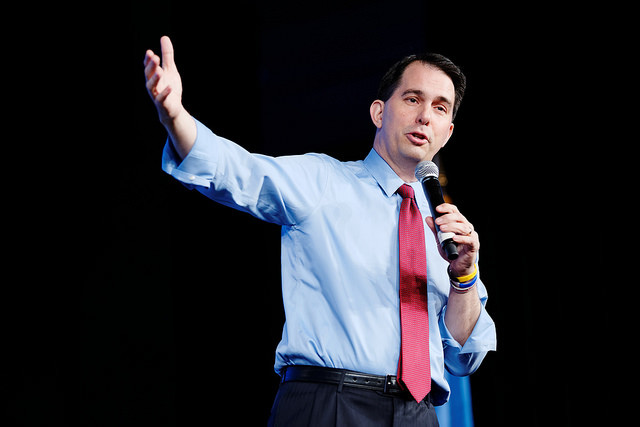 Walker: Anything Could Happen At GOP Convention

Governor Refuses To Rule Out 'Dump Trump' Effort By Others
By Chuck Quirmbach
Share:

Some Republicans remain unhappy with presumed GOP nominee Donald Trump and are calling for another candidate to be chosen, or for convention nomination rules to change.

There's no script for what's ahead, Walker told reporters in Waukesha Wednesday.

"Anything's possible," he said. "I think what we found in this campaign was anything that we thought wasn't possible, is. So we'll have to see from there. But it's hard to speculate because so many things have been surprising, thus far."

Walker repeated his call for convention delegates to vote their conscience. He'll follow state party rules on the first convention ballot and vote for Sen. Ted Cruz, who won the Wisconsin GOP primary, he said.