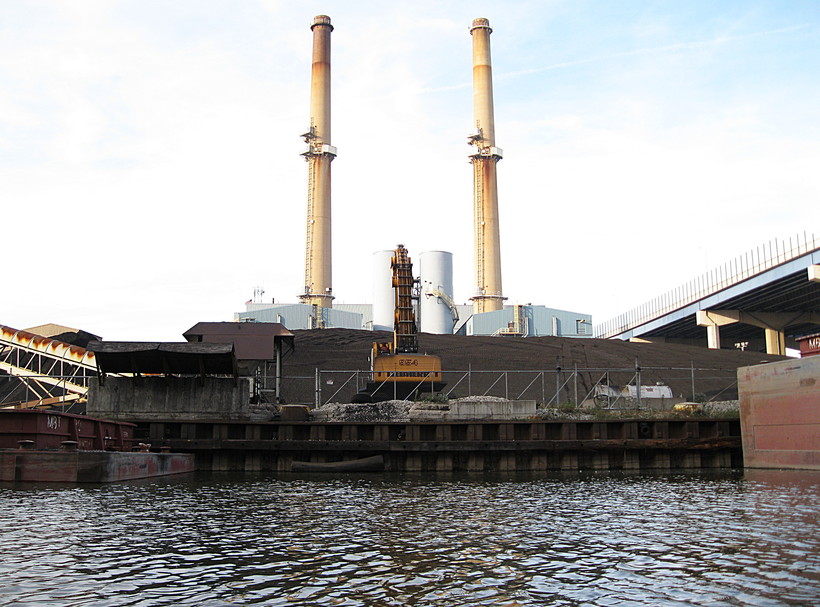 A  coal-burning power plant in Milwaukee

The Walker administration is spelling out its case against a federal proposal to cut air pollution from coal-burning power plants, and reduce the impact of climate change. The incoming chairwoman of the Public Service Commission took the U.S. Environmental Protection Agency plan to task at a forum in Milwaukee.

The Obama administration's nationwide crackdown on carbon dioxide emissions from power plants could force Wisconsin to reduce its pollutants by about one-third by the year 2030.

Susan Hedman, EPA Midwest region administrator, told a WisPolitics.com forum that the climate change plan is being debated as the planet is warming.

"NASA and NOAA recently confirmed that 2014 ranks as the Earth's hottest year since we started keeping records in the late 1800s, and that 9 out of the 10 hottest years on record have occurred since the year 2000," she said.

Hedman said the proposal, known as the Clean Power Plan, would have many other benefits too, such as sparking efforts to boost energy efficiency, help create jobs in renewable energy, and cut other pollutants that can lead to lung ailments.

Gov. Scott Walker is already talking about having state Attorney General Brad Schimel file a lawsuit against the EPA, even though a final regulation won't be issued until mid-summer.

Ellen Nowak, Public Service Commission member and incoming chair, is a Walker appointee and has zeroed in on Wisconsin’s carbon-cutting goal of 34 percent.

Nowak said the EPA's primary four suggested ways to reduce carbon dioxide emissions don't work together in practice. She said there are problems with ideas to make coal plants run more efficiently, and that the EPA isn't giving Wisconsin credit for emissions cuts already made.

Todd Stuart, of the Wisconsin Industrial Energy Group, is a representative of big energy consumers, firms like paper companies, chemical firms and other manufacturers. He said that by 2020, the state would have to add more natural gas-fired power plants, pipelines and other structures.

Stuart also said Wisconsin would have to do more to cut carbon emissions that would be required in some other states, making it harder for Wisconsin firms to compete.

"There's a huge cost to some of our most important and iconic industries in the state, to the agricultural industry, to the tourism industry," Reopelle said. "There will be very large, quantifiable costs from climate change and an enormous cost to public health."

Hedman said some Wisconsin firms could do very well under the proposal.

"Companies that do energy efficiency work, performance contracting like Johnson Controls. If you look at companies like Quad Graphics that are leaders in combined heat and power projects," Hedman said.