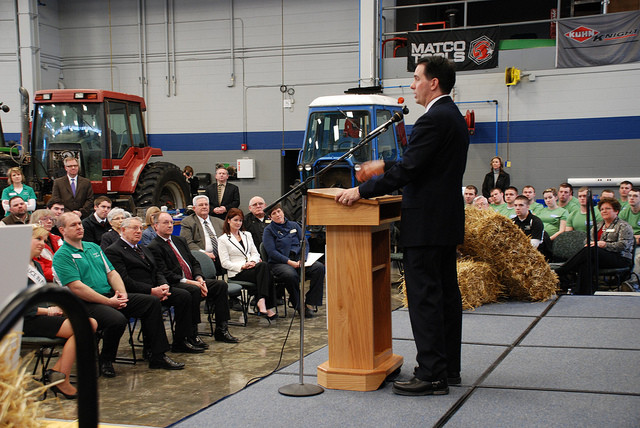 Gov. Scott Walker and his Democratic challenger in the gubernatorial race, Mary Burke, disagree on the timing of the release of thousands of emails from a state investigation into Walker’s first campaign for governor.

That first John Doe investigation looked at several issues, including allegations that some of the aides of then-Milwaukee County Executive Scott Walker helped him campaign in 2010 on taxpayer time. Several months ago, the judge overseeing the investigation approved the release of documents in the case. The new batch of emails is just the latest that has been given to the news media.

“It’s pretty obvious that this was done for partisan, political reasons,” said Walker. “If it was for any other reason, they would have done it a lot sooner than just two weeks before the election. And I think voters, whether they’re Republican or Democrat or somewhere in-between, I think they realize that. I think they’re pretty smart in this state.”

Walker also questions the timing of a new Burke TV ad that refers to the John Doe investigations against Walker over the last four years.

Burke said there was no coordination with county executive Abele.

“The timing wasn’t determined based on that,” said Burke. “The timing is about that people, when they go to the polls, need to consider Governor Walker’s entire record over the last four years when looking at the next four years and part of that, not only is it a lagging economy and historic cuts to education, but certainly the scandal surrounding his administration.”

Walker acknowledged he has no evidence of coordination between Burke and Abele, but says the timing doesn’t pass the smell test. He said it’s also a peculiar coincidence that the Burke ad started two hours before the news media purchased copies of the doe documents.