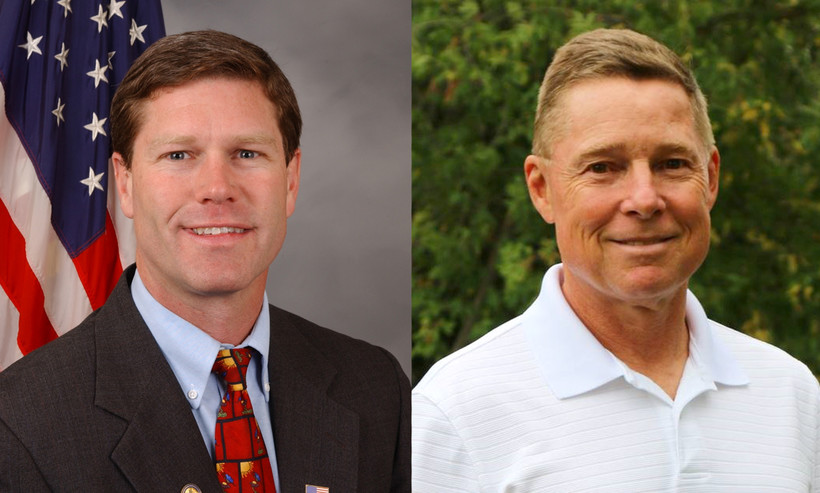 The candidates for Wisconsin’s 3rd Congressional District, which covers much of the southwestern and western parts of the state, have sharp differing opinions on trade and the future of the Affordable Care Act.

Earlier this year, the Trump administration imposed tariffs on imported steel and aluminum prompting China and other countries to enact similar tariffs many in Wisconsin, including farmers, say have hurt their bottom line.

Toft said those tariffs have pushed other countries to negotiate with the United States' terms.

"Not producing steel and aluminum in the United States is a national security issue. We need to be able to produce steel and aluminum here in the United States rather than be dependent on foreign nations to sell it to us should we ever need to surge and ramp up our industrial base we wouldn’t be able to do that," said Toft. "Tariffs that the president has imposed or threatened to impose have brought the European Union to the negotiating table."

But Kind said the president has been leading an unnecessary trade war that has had a negative impact on many Wisconsin farmers and manufacturers. While Kind said President Donald Trump's approach has been wrong, he said China is an appropriate target for allegedly stealing intellectual property around the world.

"This was a great opportunity for the president of the United States to show true leadership and form an international coalition to stand up to China and say, 'We’re not going to tolerate it anymore,'" Kind said. "But instead, he took the go-it-alone approach which only invites the retaliation and the impact it's having adversely on people back home."

The 11-term congressman said he’s not opposed to modernizing NAFTA, but he remains critical of the president’s approach, saying the U.S. is getting no better a deal with Canada and Mexico in the proposed agreement than it was getting in the Trans Pacific Partnership — an Obama-era deal the Trump administration backed out of.

American soybeans are one of the major agricultural crops impacted by tariffs imposed by China. Toft, a former Army colonel, owns his own 300-acre soybean farm.

"We are developing different markets for our soybeans other than just selling them to China. Brazil is selling to China and we’re selling to Brazil so they can sell to other countries. We are also selling to the Middle East," he said. "I’m a soybean producer and I think that we are on our way to fixing that."

Trump announced this summer a $12 billion emergency aid package for U.S. farmers hurt by trade wars, something Kind is highly critical of.

"Just to show you how crazy this is getting, we’re going to have to borrow $12 billion from China to randomly distribute to family farmers because they can no longer sell their product to China," he said. "Is this really where we’re going with trade policy? We’ve got to be smarter and we’ve got to be more competitive than that."

Kind has been a supporter of the Affordable Care Act, which remains intact despite efforts by Republicans in Congress to end it.

Kind said it’s not a perfect law and that he would support changes designed to improve it.

"I won’t support a 'so-called' health care bill that gives $800 billion worth of tax cuts to drug companies and insurance companies and asks 25 million Americans to give up their health care coverage to pay for it. Steve (Toft) supported that measure when it came out of the House of Representatives a little over a year ago," Kind said. "Fortunately, it didn’t pass the (U.S.) Senate or it would be the law today."

Kind said there needs to be payment reform, so health care tests are done on a by-need basis rather than a volume basis. He also supports reforms that will drive down the cost of prescription drugs including price rate negotiations with drug companies, bulk rate purchases and buying drugs from other countries. He said it’s illegal now for the federal government to negotiate lower prices with U.S. drug companies.

Toft opposes a single-payer system, but in the debate he offered no suggestions or alternatives to improve health care cost or access in the country.

Both Kind and Toft said health care insurance in the U.S. needs to cover pre-existing conditions.

Wisconsin’s 3rd Congressional District is made up of all or part of 18 western and central Wisconsin counties including the cities of Eau Claire, La Crosse, Platteville and Stevens Point.