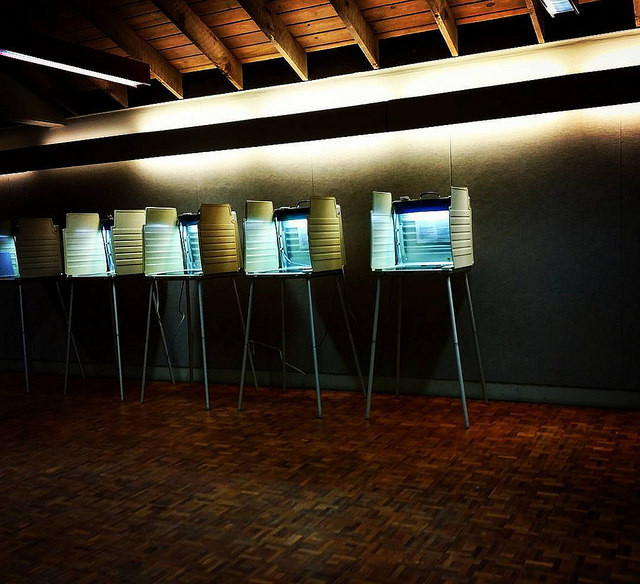 African-Americans and Latinos make up more than half of those who obtain a free, state-issued ID card after going through a special petition process according to testimony heard in a federal trial on Monday on Wisconsin's controversial voter ID law.

The trial, based on a case brought against the state by liberal groups One Wisconsin Institute, Citizen Action of Wisconsin and others, is examining whether the voter ID law has a disproportionate effect on minority communities and young people.

On Monday, lawyers for the plaintiffs focused on racial disparities in the special petition process required for some seeking an ID. Individuals enter the petition process if they can’t immediately include a birth certificate or other vital record with their application. More than half of individuals who receive an ID after that process are African-American or Latino, according to testimony on Monday, despite the fact that those populations make up only 12 percent of the state’s general population.

"Knowing generally the percentages of races of people in Wisconsin, it is disproportionate," testified Kristina Boardman, administrator of the state Division of Motor Vehicles, which gives out the IDs.

Boardman acknowledged there have been particular challenges locating vital records for some individuals born in the South, the Chicago area and Puerto Rico. She stressed, however, that race isn't considered during the petition process.

"It's not tracked through the process. The only thing that we are really focused on is getting people the IDs using the rules that are in place currently," she said. "We’re always trying to get to 'yes' on the issuance of an ID. We want people to have IDs in place that they are entitled to -- and we just need to collect the necessary documents to substantiate the product that we issue."

State officials have pointed out that less than 2 percent of eligible voters have to enter the petition process to get the ID now required to vote.

According to information provided by the Division of Motor Vehicles, 1,389 people have entered the petition process between September 2014, when it was created, and May 12. About 1,100 of those cases have been resolved, resulting in the applicant receiving an ID, 98 cases have been cancelled, 67 are pending and 52 have been denied.

Last week, testimony revealed that 85 percent of ID denials since September 2014 were handed to African-Americans or Latinos. Denials occur when the individual and state -- working together -- are unable to find the vital records necessary for an ID.

Boardman also spoke about an emergency rule approved by Gov. Scott Walker earlier this month. The rule allows individuals working through the petition process to vote by providing them a receipt that serves as valid identification at the polls.

She acknowledged the rule brings individuals going through the petition process into the fold -- before the rule went into effect, they would have been ineligible to vote.

Tuesday's trial will include testimony from Dr. Allan Lichtman, the final expert witness to be called for the liberal groups suing to overturn the voter ID law. Lichtman has testified in more than 75 civil and voting rights cases across the country. He took the stand for the first time on Monday, testifying that changes in Wisconsin's voting laws, particularly the shortening of early voting periods and the elimination of special registration deputies, disproportionately effect minorities and students.

He also said Wisconsin politicians have been more open than others across the country about the political intent of the voter ID law.

Last week, the trial included testimony from a former state GOP aide who said some lawmakers were open about their political motivations.

The voter ID trial, which is also examining more than dozen other election-related laws passed in Wisconsin since 2011, is expected to continue through Thursday.