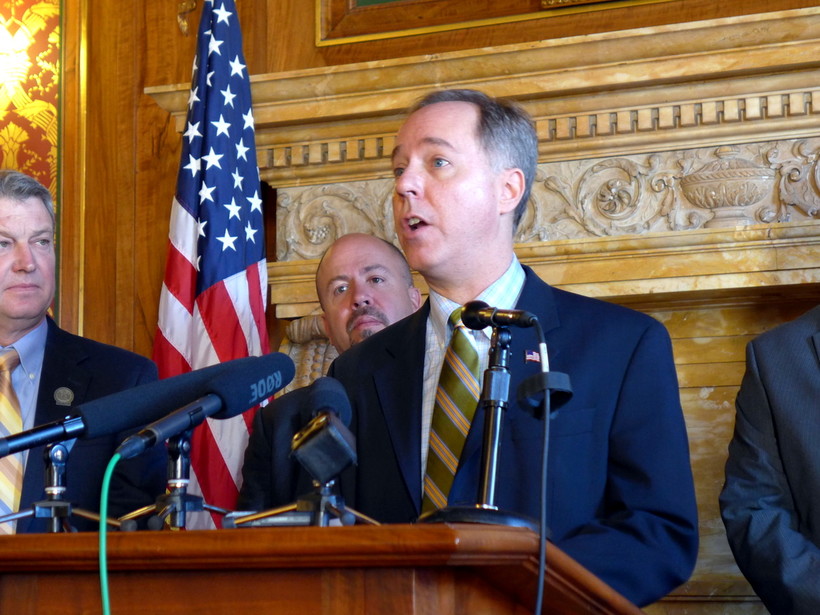 The Republican speaker of the state Assembly says he's fine with people carrying concealed guns in university buildings, and likened it to carrying smartphones.

Two GOP lawmakers circulated a bill this week to allow people to carry concealed weapons in University of Wisconsin and technical college buildings. Currently, they're allowed on college grounds, but not in classrooms or other buildings.

Speaker Robin Vos said he supports the idea in concept.

"The idea of allowing someone to carry a legally obtained weapon? Yeah, I have no problem with that, especially if they would limit it to people who've already been trained to do concealed carry," he said.

He added: "I don't have a problem with people carrying a smartphone or carrying anything else. It's a tool. It's who uses the tool and how they use it."

Vos did not promise a vote on the plan, saying he needed to discuss it with the rest of his Republican colleagues.