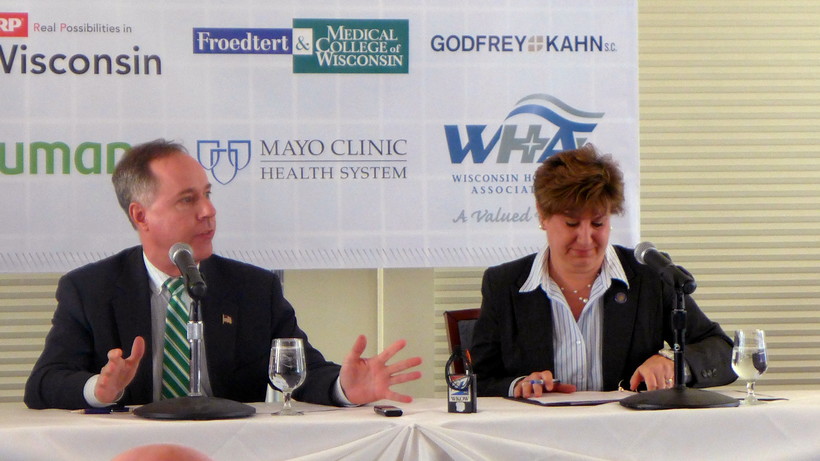 Republican and Democratic leaders in the Senate and Assembly both agree the upcoming budget will be tight. Speaking at a Wisconsin Health News luncheon in Madison, Senate Minority Leader Jennifer Shilling said accepting federal money to expand Medicaid could ease the state's financial burden. Vos, however, said those no longer eligible for BadgerCare can get subsidized private coverage on the marketplace, so there is no coverage gap.

“So I think its a good balance,” he said. “I see no reason to change it, especially when national groups recognize us for where we are. And I certainly wouldn't want to upset the applecart.”

Gov. Scott Walker rejected the federal money in 2013, but did expand Badgercare to those below the poverty line. So far 28 states, some of them led by Republicans, have accepted the funds.