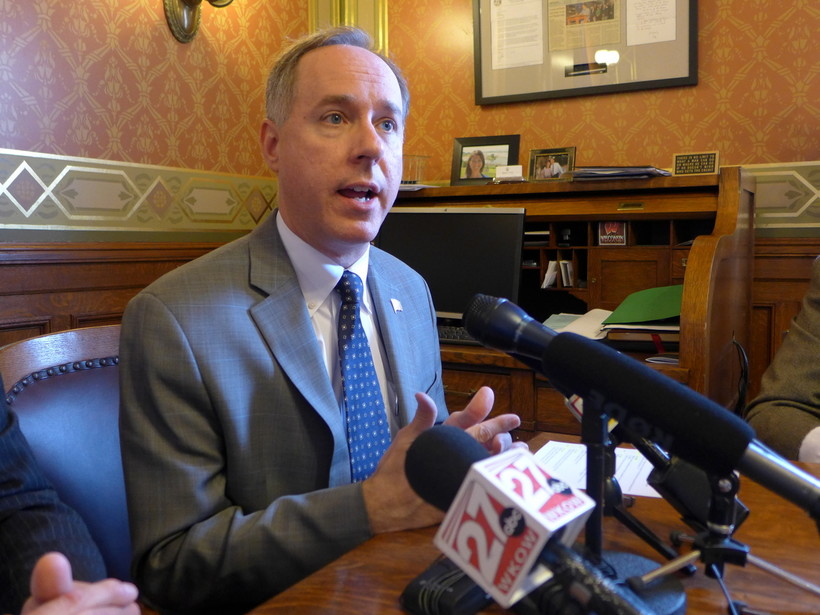 "Nothing should be more important than free speech and it’s outrageous that there’s a coordinated effort to undermine this basic constitutional right," Vos said in the statement.

But Jay Heck of Common Cause said Vos' goal is to eliminate the rule prohibiting coordination between candidates and outside fundraising groups.

"The Supreme Court and lower courts have never given outside groups the right to be able to  coordinate," Heck said. "Certainly the Wisconsin Legislature is going to try to change the campaign finance law to say that coordination with campaigns is perfectly fine."

That's the law at the heart of the John Doe investigation into whether Gov. Scott Walker coordinated with conservative groups during his 2012 recall campaign. The case is pending now before the state Supreme Court.

Heck also said raising questions about the John Doe investigation comes at a convenient time for Walker, who will announce his presidential bid on Monday. Heck said it's a part of a coordinated attack on the GAB and an effort to "inflame the base of the GOP and get them revved up for Walker's announcement."

Kennedy released a statement Friday saying the Journal article had "no facts showing that I or the Government Accountability Board did anything inappropriate or out of the ordinary."

Editor's note: This story has been updated to include a statement from Kevin Kennedy.