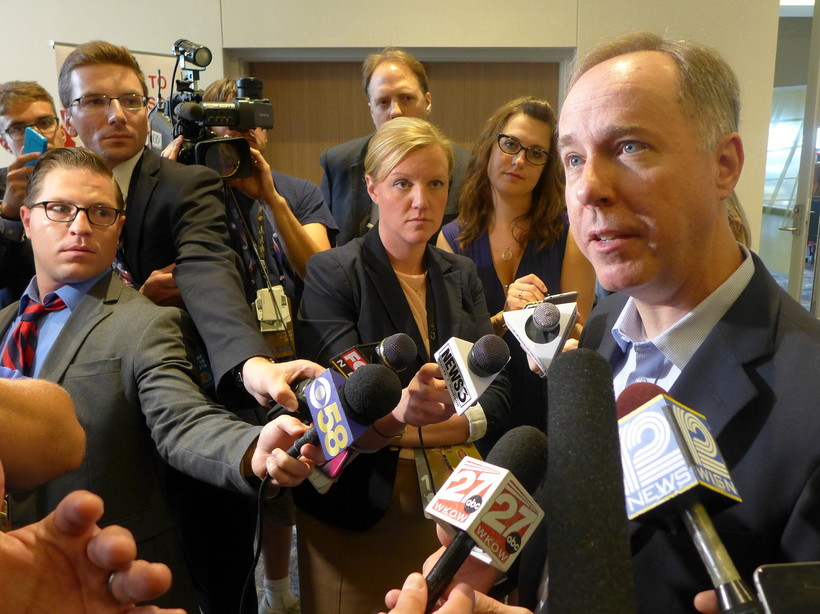 Vos Not Yet Ready To Support Trump As Republican Nominee

Wisconsin Assembly Speaker Robin Vos Says He Wants To Know More About What Trump Stands For
By Shawn Johnson
Share:

Wisconsin Assembly Speaker Robin Vos said he expects he'll be ready to support likely Republican presidential nominee Donald Trump by the time the Republican National Convention wraps up this week, but he isn't there yet.

The primary election results that all but assured Trump's nomination were unexpected, Vos told reporters in Cleveland. He’s hoping to be convinced to support the Manhattan real estate developer during the convention.

There are a lot of people in talk radio and across southeastern Wisconsin who want to know what Trump stands for, Vos said.

"I think we're going to hear a lot of that this week, which will allow me when I go back home to hopefully be a good surrogate to show people why what we are electing in November matters so deeply for the future of our country," Vos said.

Trump's selection of Indiana Gov. Mike Pence as his running mate would go a long way toward uniting the country, Vos said.

Vos was one of the early supporters of U.S. Sen. Marco Rubio of Florida in the Republican presidential primary, later switching his support to U.S. Sen. Ted Cruz of Texas.