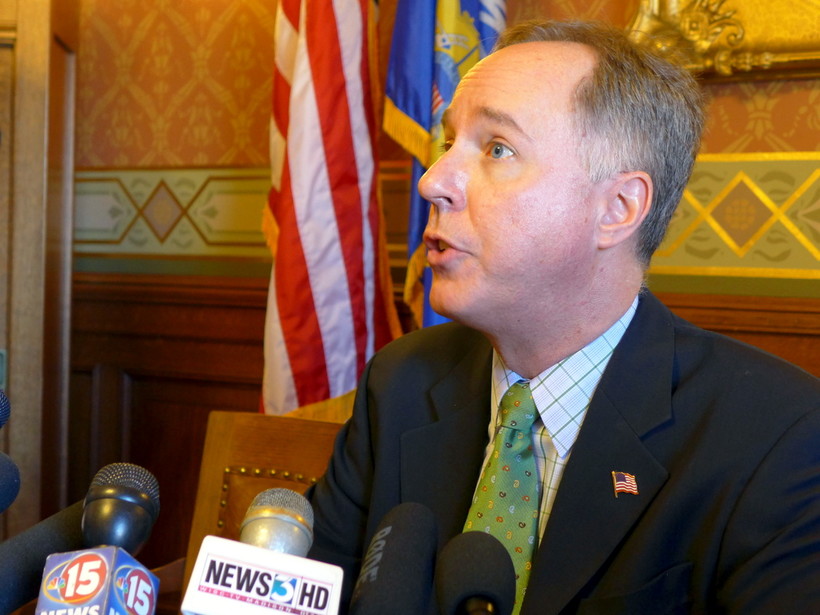 Weeks after a backlash over a GOP proposal to restrict open records laws, Assembly Speaker Robin Vos appears to have asked for another bill to be written that would have imposed further restrictions.

Speaker Tells Media That There Are No Immediate Plans To Change Law
By Shawn Johnson
Share:

The backlash against the initial open records changes was so strong that GOP leaders abandoned them almost immediately. But the emails show that just weeks later, Vos' office asked to have another bill written that would have further restricted open records.

Brendan Fischer is the general counsel for the liberal Center for Media and Democracy, which uncovered the emails.

"Publicly, Speaker Vos is saying that, 'We're going to walk back these changes and take a more incremental approach, we're going to study this issue, we're going to listen to the public,'" said Fischer. "Secretly, behind the scenes, his office is asking for the drafting of a new bill that would create new loopholes in the open records law."

Vos told reporters Tuesday that there are no immediate plans to change the open records law and that the latest proposal was drafted in case Republicans eventually study the issue.