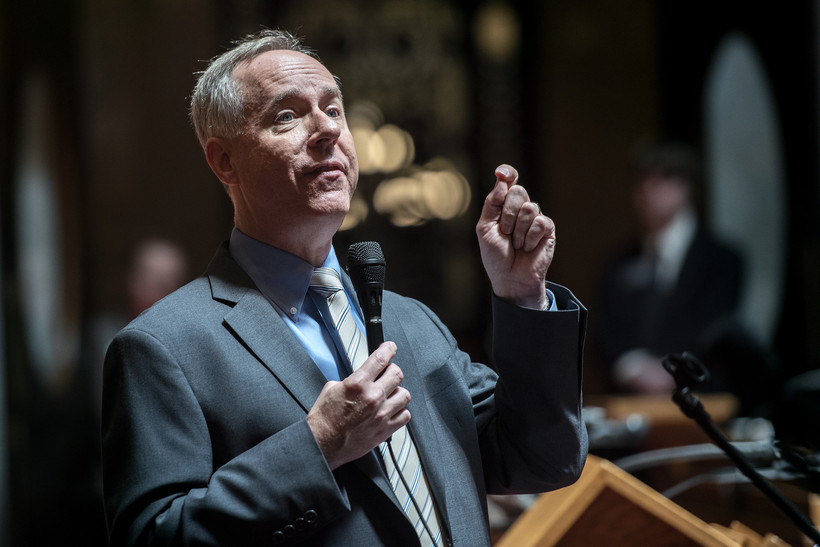 Millis has previously served on the WEC, and decades ago, on the Wisconsin Elections Board
By Shawn Johnson
Share:

Millis previously served on the WEC in 2016 when he was appointed by then-Senate Majority Leader Scott Fitzgerald, who's now a member of Congress. Decades ago, Millis also served on the Wisconsin Elections Board as an appointee of former Republican Gov. Tommy Thompson.

"Don is a respected attorney whose expertise makes him an excellent addition to the Wisconsin Elections Commission," read the announcement from Vos. "I have no doubt he will apply election laws fairly and ensure current law is being followed."

Millis' appointment to the Wisconsin Elections Commission comes days before the panel could elect a new chair from its membership. Under the law that created the commission, Millis is one of two people who could hold the job.

The chair of the WEC, which is split 3-3 between Republicans and Democrats, is required to switch back and forth between the parties every two years. Because the current chair is Democrat Ann Jacobs, that means the next chair must be a Republican. The six-member panel includes two clerks who are not allowed to chair the commission, meaning the only Millis or Republican Bob Spindell are eligible.

Spindell has vocally criticized decisions by the Elections Commission, earning him praise from some of Trump's most strident supporters in the Republican Party's grassroots. Following the 2020 election, Spindell was also one of 10 Republicans who posed as presidential electors, leading some Democrats to call for his removal from the WEC.

Spindell had been campaigning for the chair position ahead of the commission's last meeting, but the vote was canceled after Knudson abruptly resigned.

Knudson said it had been made clear to him that Republicans did not want him to chair the panel, a sentiment he attributed to his willingness to speak the truth about former Republican President Donald Trump's loss in the 2020 election. Republican U.S. Sen. Ron Johnson later revealed that he'd told Vos that Knudson had lost the confidence of grassroots Republicans.

"Don will bring with him both the intellectual firepower and courageous resolve that are both necessary to enable him to help put a stop to the lawless actions of the leftist members of WEC," read the statement from Gableman.

Republicans voted to create the WEC in 2015 to replace the nonpartisan Government Accountability Board because they were unhappy with its involvement in an investigation of conservative groups and former Republican Gov. Scott Walker's campaign. Millis was one of the WEC's first members.

Almost a decade earlier, the GAB was formed to replace the Wisconsin Elections Board, partly because Republicans were unhappy with a decision from that agency that went against their candidate for governor, then-U.S. Rep. Mark Green. In 2006, Millis was the Green campaign's lawyer.

Millis served on the Wisconsin Elections Board from 1997 to 2001, according to the release from Vos.

Vos had said recently that someone with a legal background would be an asset for Republicans on the WEC. Two Democratic commissioners — Jacobs and Mark Thomsen — are attorneys.