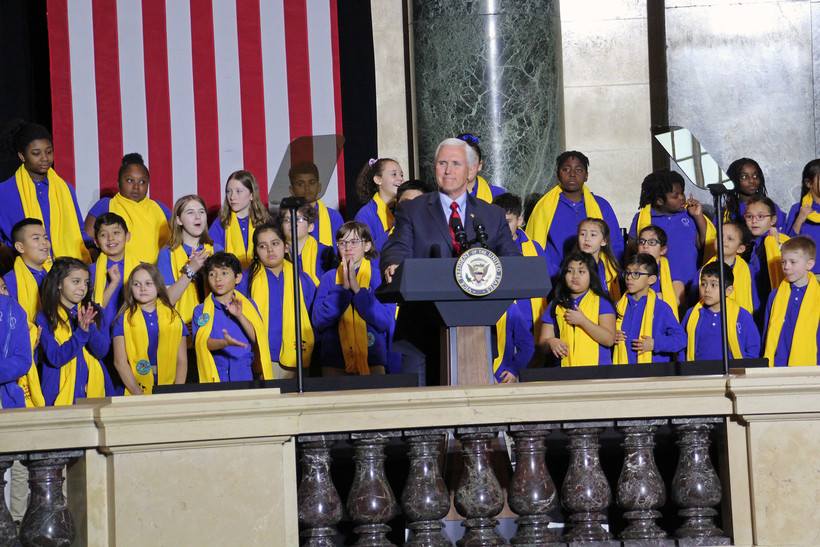 Vice President Mike Pence visited Wisconsin on Tuesday, Jan. 28, 2020 to advocate for private school voucher programs and other school choice programs across the United States. The event was held in the state Capitol Building rotunda in Madison, Wisc. It was not a campaign rally, but an appearance that was a part of National School Choice Week. Laurel White/WPR

The event, held in the state Capitol rotunda, was not a campaign rally, but it comes just two weeks after President Donald Trump rallied supporters in Milwaukee, and amid continued focus by both parties on the importance of Wisconsin in the 2020 presidential election.

School choice supporters argue it offers opportunity for students whose local school is struggling. Opponents say it degrades the quality of public schools by siphoning money away from the system.

"I’m here in Wisconsin, because this is where it all began," Pence said, referencing Milwaukee’s voucher program, which is the oldest such program in the country. "Wisconsin has an extraordinary record of success with school choice and every family in Wisconsin should be proud."

In his remarks, Pence focused on the benefits of voucher programs for minority students in particular.

"Every child deserves a fair shot at the American dream," the vice president said.

DeVos’ remarks were punctuated by chants of, "Shame, shame, shame!" from protesters.

The Trump administration, including DeVos, has been very supportive of school choice programs. DeVos served a head of the American Federation for Children, an organization that advocates for school choice, before joining the administration. 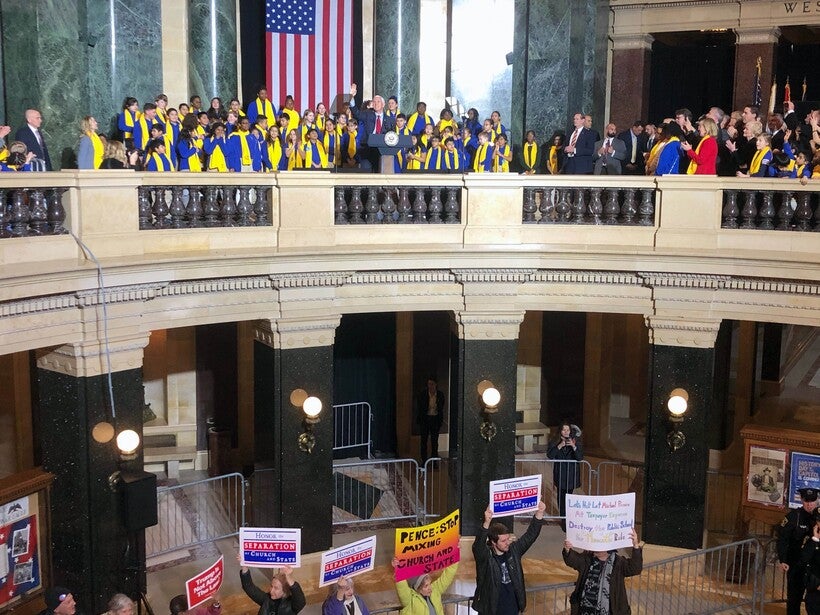 In Wisconsin, Gov. Tony Evers has called for a cap on the number of students who can use publicly-funded vouchers to attend private schools. Evers has also called for increased transparency for voucher schools, including setting new minimum standards for teacher licensing and school accreditation for private schools.

There are currently about 28,000 students using vouchers in Milwaukee and 10,000 in other parts of the state combined. Roughly 600 schools participate in the program, which has been growing.

According to the governor’s office, the program grew 8.7 percent in the 2018-19 school year, while costs grew about 12 percent. The total cost to the state is roughly $300 million per year.

Wisconsin Democrats have unsuccessfully pushed for property tax bills to be amended to include information about how much of a household’s tax bill is going to vouchers.

Rep. Jonathan Brostoff, D-Milwaukee, plans to reintroduce a bill Tuesday that would phase out vouchers altogether.

The head of the Wisconsin Democratic Party was quick to criticize Pence’s appearance, calling it a "political stunt."

"The Trump-Pence-DeVos administration is systematically undermining support for public schools," Ben Wikler, chair of the Democratic Party of Wisconsin, said at a press conference before Pence’s event. 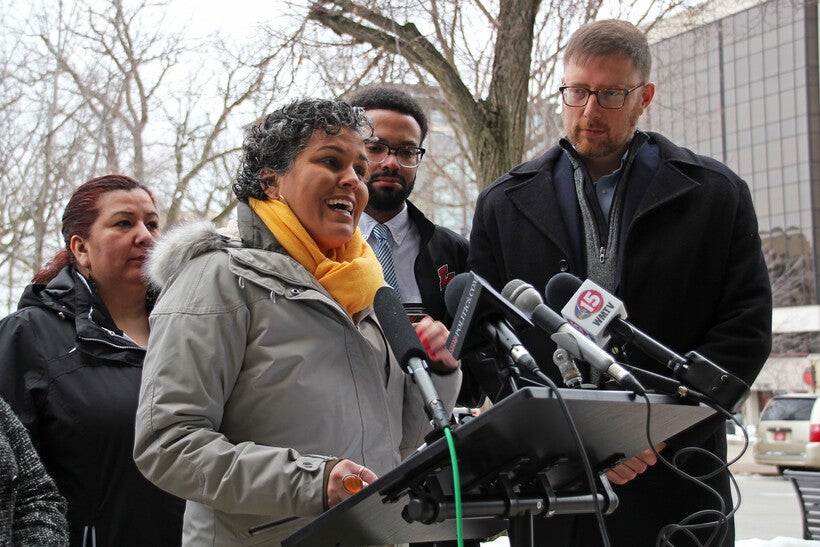 "Our public school is under attack," Mirilli said. "At the federal level, we are experiencing what we as Wisconsinites know very well. Instead of investing in education, the Trump administration has continued Scott Walker's legacy of siphoning funds away from public schools, attacking teachers' unions and neglecting our families."