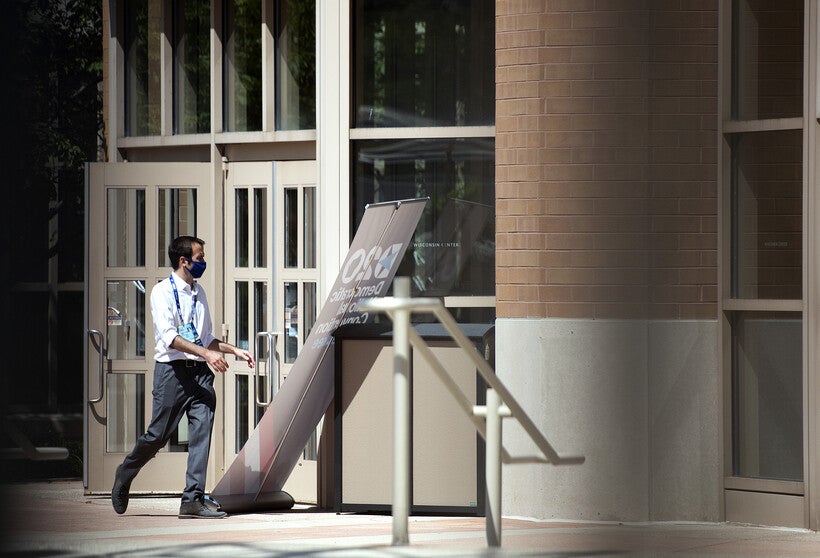 The Democratic National Convention kicked off in Milwaukee Monday, but instead of welcoming tens of thousands of supporters, delegates, media and party stars like keynote speaker and former first lady Michelle Obama to the city, the streets surrounding the downtown convention center were mostly empty.

The Obamas, Clintons and former Vice President Joe Biden would have brought international spotlight to Milwaukee. But the global coronavirus pandemic stole the show. 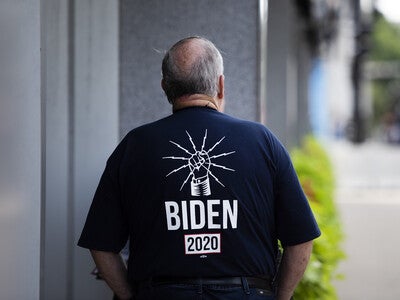 A man in a Biden shirt is interviewed by a reporter Monday, Aug. 17, 2020, outside of the Wisconsin Center in Milwaukee. Angela Major/WPR

During a virtual press conference Monday, Barrett said the national nominating convention is a far cry from what everyone thought it would be when Milwaukee won the bid to host the DNC in March 2019.

"This was the day we were hoping to welcome 50,000 people and seeing and upwards of $200 million for our economy," Barrett said. "A lot has changed, but one thing that hasn’t changed, and shouldn’t change, is the pride of winning the convention. This was a big deal."

The DNC was expected to draw 15,000 worldwide media. Most canceled their plans as the convention was scaled back. But on Monday, there were still some international journalists in Milwaukee.

Yasen Darakov, with Bulgarian television station bTV, wanted to see what was left of the convention. 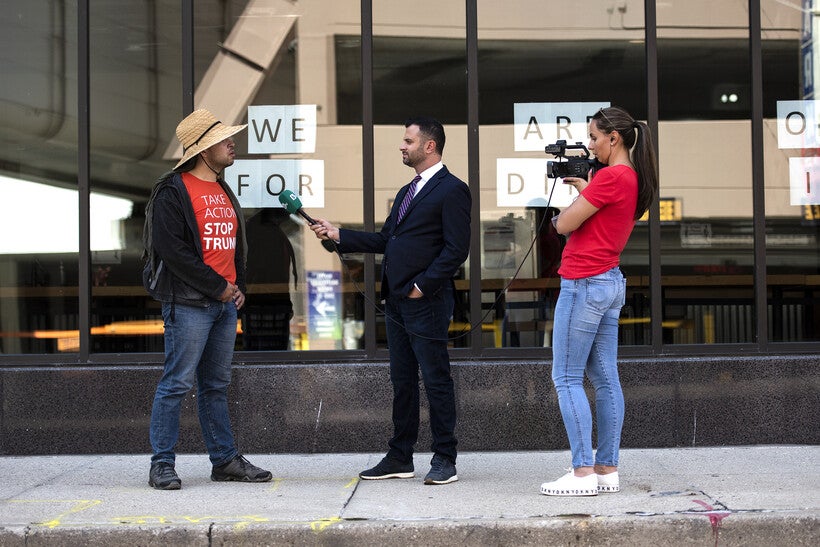 "Obviously nothing, the streets are empty with just a few reporters," Darakav said. "We’re just here for today and then we will move to Delaware. I’m sure this is a big disappointment for the people here and the local economy."

Linn Hillestad is a Norwegian journalist based in San Francisco. She was sent to Milwaukee to see what a virtual convention would look like and to talk to voters in a swing state.

Hillestad said she spoke to many undecided Bernie Sanders supporters and visited the GOP office in Milwaukee’s Bronzeville neighborhood.

The first day of the convention was quiet, with Barrett describing it as "smooth." 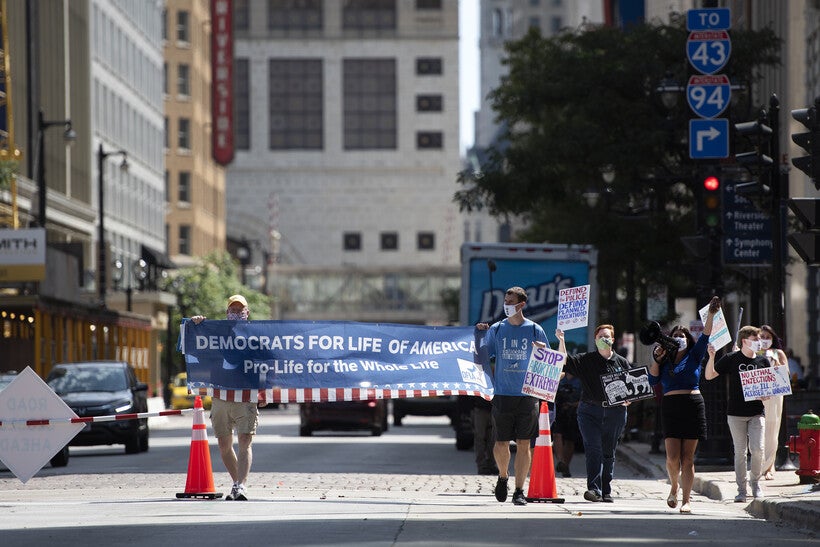 Pro-life protesters make their way toward the Wisconsin Center on the first day of the DNC on Monday, Aug. 17, 2020, in Milwaukee. Angela Major/WPR

About a dozen anti-abortion protesters marched along the security perimeter of the DNC. Many came from out of state.

Marty Brooks heads the Wisconsin Center convention hall, where Evers and Barrett will speak later in the week and Biden would have accepted the nomination in person.

Brooks said while this isn’t the convention everyone hoped it would be, he argued Wisconsin is still the center of the political universe this week. Aside from the convention's Milwaukee events, President Donald Trump was visiting Oshkosh Monday afternoon for a rally. 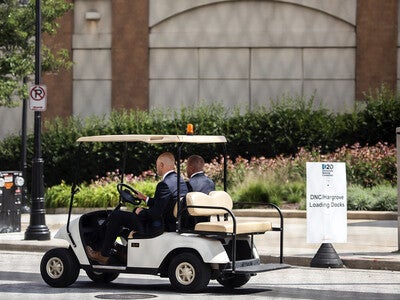 Two people in a golf cart drive inside the fenced-off area near the Wisconsin Center on Monday, Aug. 17, 2020. Angela Major/WPR

"Not only do we have the Democrats focused on Milwaukee and Wisconsin, but Republicans seem to be really focused on our state as well, and that type of coverage is not something the city or region could buy," Brooks said. "I think this is the beginning of a real change of how they get together every four years."