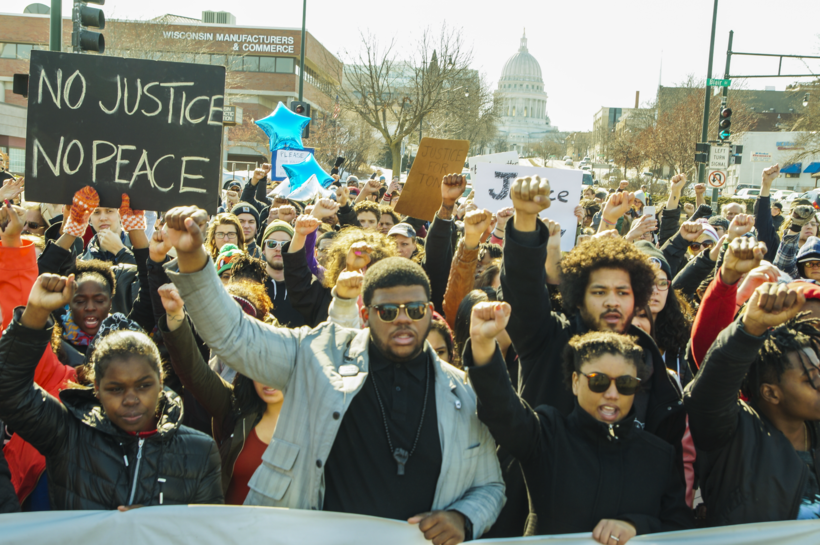 Violence Researcher’s Advice For Madison Leaders: Have A Clear Message

As Madison prepares for another round of protests stemming from the police shooting death of Tony Robinson, a former University of Wisconsin psychology professor urged city leaders to avoid the same mistakes he said took place in Baltimore in recent days.

"Clearly, the leadership — the mayor on down — has got to be unambiguous," said Frank Farley, who now teaches at Temple University. "Don’t do a Stephanie Rawlings-Blake statement," he said, referencing Baltimore's mayor.

Violence erupted in Baltimore following the funeral of 25-year-old Freddie Gray, who died April 19 of a spinal injury he sustained while in police custody.

Rawlings-Blake was criticized for saying she ordered police to "give those who wished to destroy space" the freedom to do so.

Her office later said in a statement that the remark was misunderstood: "The mayor is not saying that she asked police to give space to people who sought to create violence. Any suggestion otherwise would be a misinterpretation of her statement."

Peaceful protests emerged in the days after the incident, but there are concerns that demonstrations could turn violent once a decision on the investigation is announced.

Ozanne said he will give at least 48 hours notice before an announcement is made.

Farley — a past president of the American Psychological Association and president-elect of the APA’s Society for the Study of Peace, Conflict and Violence — said Madison Mayor Paul Soglin needs to keep his messaging clear, including on what the police force’s strategy is.

Farley also said officials need to do a better job explaining why the decision on whether to charge Kenny is taking so long. He called the wait "another fundamental problem."

"Justice has to move quickly in this era," Farley said. "When information is so quickly disseminated, people can congregate so quickly, demonstrations can arise so quickly, and here we have justice proceeding like a snail. We can’t have that."

In addition, Farley called for the city’s actions to be transparent because "the public has to know what’s taking place."

Finally, according to Farley, Madison must exude leadership.

He praised U.S. Rep. Elijah Cummings, D-Maryland, who represents part of Baltimore. Cummings was on city streets Tuesday and Wednesday, encouraging protesters to go home ahead of a newly implemented 10 p.m. curfew.

"It would have been great if there were that kind of leadership out on the streets on Monday, and I think that’s very important for Madison," he said.

"Most of all, we don’t want to see any children getting arrested and even getting citations," Jones said in the video. He went on to mention that young people need to understand the long-term effects of having an arrest on their records and the potential economic hardship of being fined.