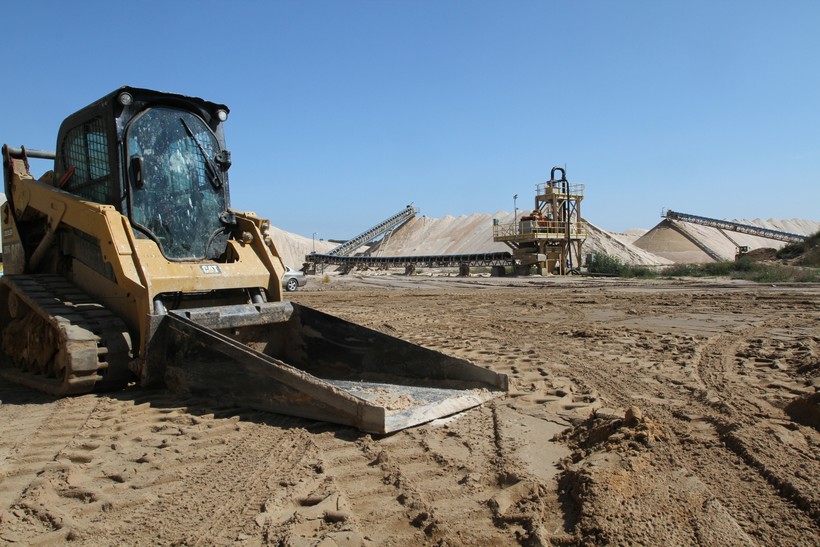 What at first glance can look like little more than gravel pits at first glance, are much more active,  says state Sen. Kathleen Vinehout, whose western Wisconsin district is home to many of the state's mines.

"They have a lot of buildings, a lot of activity, some of them operate 24 hours a day. It’s basically like being next to an industrial plant," Vinehout said. "And that type of industrial sand mining needs to be in a part of the county where other industry exists, it doesn’t need to be right next door to a house. And that’s the kind of thing we’re grappling with in western Wisconsin."

Those concerns have led Vinehout to seek more oversight of frac sand operations with a package of legislation.

Vinehout, a Democrat from Alma says Wisconsin is blessed with natural resources. However, the six bills directly address complaints she’s received from constituents over the years, such as the right to know if a sand mine may move into the neighborhood and the possibility of regulations for hours of operation.

One bill would create more DNR positions to monitor and inspect the mines, something she says the state already has the budget for, but not the staff.

"At one time they said that 90 percent of the mines hadn’t been inspected like they needed to be," she said. "People with asthma and chronic obstructive pulmonary disease complain that they can’t go outside because of the particular matter in the air, and I’d like to see that monitored more carefully."

The bills have only Democratic co-sponsors. Last year, a similar set of bills from Vinehout failed to pass, and gained opposition from industry organizations such as the Wisconsin Industrial Sand Association.

In addition, Vinehout is working on another set of bills that would address the tendency of sand mines to annex into cities to avoid county regulations. It’s a proposal she hopes will garner bipartisan support.

"So the question of annexation is a question that I think both Democrats and Republicans would like to resolve," Vinehout said. "And so I’m hopeful that those two bills related to whether or not the sand mine can get out of the county zoning by annexing it to a city is something that may have broader support."