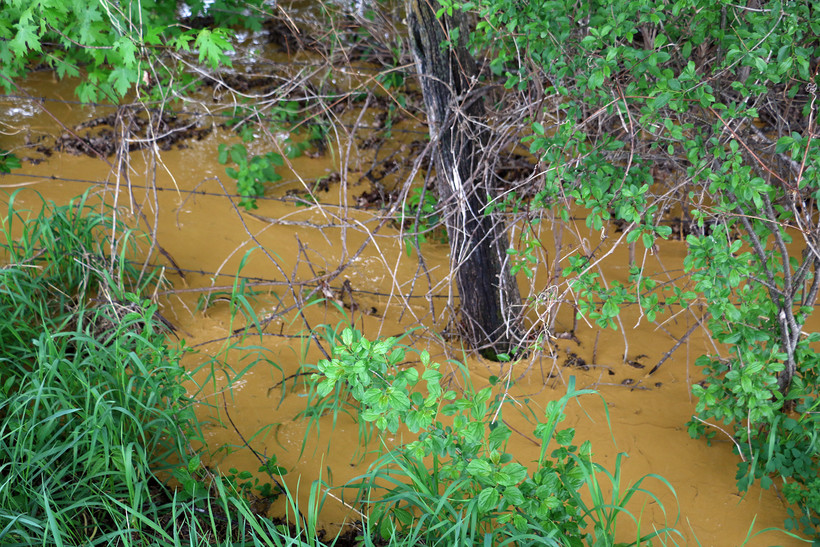 The discharge of an estimated 10,000 gallons of wastewater from a frac sand mine to rescue a worker in May has become a poignant issue in Wisconsin's 92nd Assembly District race.

The Hi-Crush industrial sand mine near Whitehall, Wisconsin where the emergency occurred is in the 92nd. The man, who was driving a bulldozer that slipped into a holding pond, necessitating the release of the water from the pond, was OK after being rescued. Heavy metals in the water in the pond eventually made it into the Trempealeau River, though water quality experts said metal levels were below surface water toxicity standards. The Wisconsin Department of Natural Resources decided earlier this month to not fine the company.

Neither candidate running in the district is suggesting May’s incident was handled improperly, and praised emergency responders for saving the man’s life.

"Let’s take that awful accident as a learning opportunity and make sure that in the future that there’s other mechanisms in place so that if you do have to drain the holding pond in a very quick fashion, that there’s things in place where it doesn’t get dumped into the river," said Rob Grover, D-Galesville, the challenger in the 92nd Assembly District.

"Am I OK with the DNR not fining this company? Well, it is a learning experience. No one ever thought that someone in a bulldozer was going to go to the bottom of a retention pond,” said state Rep. Treig Pronschinske, R-Mondovi. "We have to roll with the punches and the changes and the knowledge and change some things. Do I want it so restrictive that no one can move any dirt anywhere near a pond? No, but we need to use some common sense if we’re going to take some measures."

Grover is critical of Pronschinske’s vote in favor of Assembly Bill 479, a 2017 measure that became state law that restricts local residents' opposition to conditional use permits and zoning variances for new development including industrial sand mines.

"I think sand mines have a place in our Wisconsin economy, but local elected officials need to be the ones that are having a say because they are so closely connected to their neighbors," said Grover. "When it comes to sand mining, we’ve got to return a lot of that power back to the local elected officials."

Pronschinske said he supported the bill because he thinks it’s unfair to deny a development a permit based on a neighbor’s opposition without proof that it with harm them or their property.

"You just can’t say someone can’t do that because, 'I don’t want them to.' That’s with anything," said Pronschinske. "If the mechanism is in place for a conditional use permit, they shouldn’t take those things into consideration. (If) it’s fair for one person, it should be fair for another. That’s not just with mining, that’s any agriculture practice or any manufacturing."

Pronschinske has held office for one term. He owns a construction business and is the former mayor of Mondovi.

Grover is a former corrections officer for Trempealeau County and owns a pizza business on his family’s farm.

The 92nd District includes all of Buffalo and Trempealeau counties and part of Jackson County.