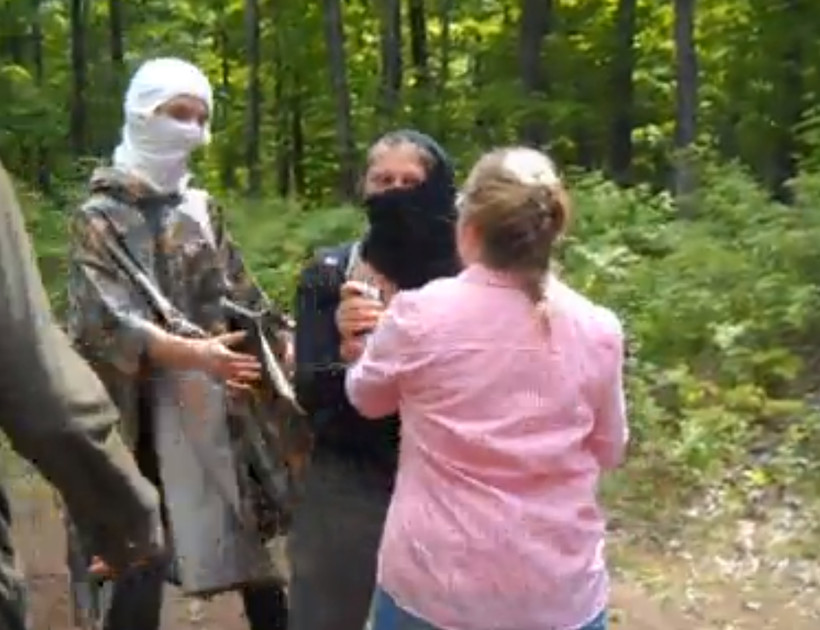 A video has surfaced of the incident at a northern Wisconsin mining site that led to criminal charges against a Stevens Point woman.

Twenty-six-year-old Katie Kloth is scheduled to appear Monday in Iron County court on one felony charge and three misdemeanors. She allegedly stole a camera from a woman working at the Gogebic Taconite (GTAC) test drill site.

In a profanity-laced video that was posted to Facebook on Wednesday night, a masked woman is seen ripping a camera away from a worker at the test drills. Several people wearing masks shout at workers, and the same woman who grabbed the camera tells workers she hopes they commit suicide.

"I think when they see that, they're going to understand why we have security up there and why we take this situation very seriously," says Seitz.

GTAC's critics also denounced those in the video. Frank Koehn, president of the anti-mine Penokee Hills Education Project and editor of a website devoted to stopping GTAC from mining, has led peaceful hikes to the test drill sites. He says the behavior in the video is counterproductive.

"We don't win friends and influence people when we're being aggressive and screaming and hollering and shouting at people," says Koehn. "That's not going to protect the water and certainly isn't going to help us as we try to do so."

The heavily armed security agency GTAC hired following the incident, Arizona-based Bulletproof Securities, has been temporarily removed from the mining site because it was operating without a Wisconsin license. Bulletproof has since applied for a license. The state Department of Safety and Professional Services won't comment on whether the company will be penalized for operating without one.

Note: The original version of this story included the video itself; that video has since been removed from Facebook.