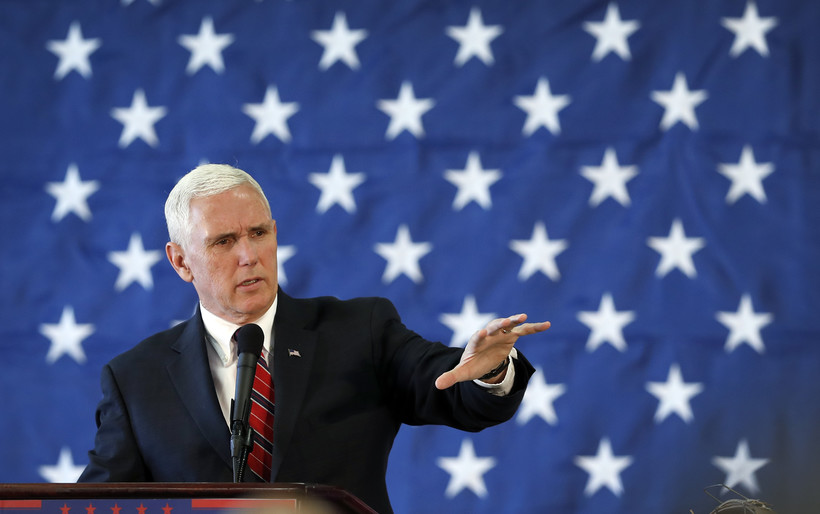 Pence In Milwaukee On Thursday Night For Closed-Door Fundraiser
By The Associated Press
Share:

Pence was in Milwaukee on Thursday night for the closed-door fundraiser. Vukmir faces Democrat Tammy Baldwin in the November election.

Vukmir has trailed Baldwin in fundraising to date, but the Pence visit is sure to give her a financial boost.

.@RealDonaldTrump and I are all in for @LeahVukmir! She has impeccable credentials and is the kind of fighter the great people of Wisconsin need representing them in Washington. pic.twitter.com/ndUuC8Ja8y

The Milwaukee Journal Sentinel reports Pence told reporters at Mitchell International Airport that Vukmir has served the state with distinction and he and President Donald Trump are excited to have her in the U.S. Senate race. He also said Vukmir would support Trump's nominees to the federal courts.

Trump endorsed Vukmir after her primary victory over Kevin Nicholson.

What an honor to welcome Vice President @Mike_Pence and his wife, Karen, to Wisconsin and join them on Air Force Two! 🇺🇸 #wisen #maga #kag pic.twitter.com/0MYS11zJ3U