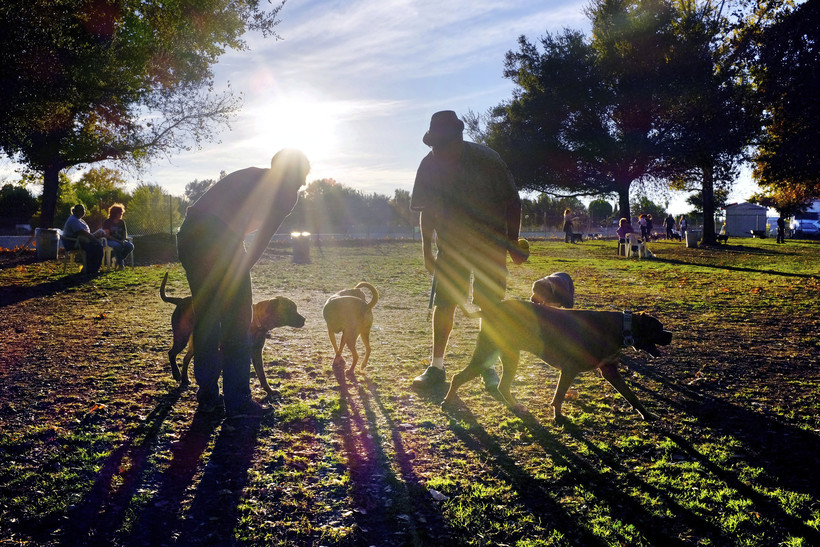 Veterinarian Shares Tips On Caring For Pets With Seizures

It can be terrifying when your pet has a seizure, veterinarian Sandra Sawchuk knows this first hand.

"I’ve had a cat and a dog that have both been epileptic, and I can tell you, as a veterinarian, even when I know that it’s gonna end and they’re gonna be OK, it’s still so scary to watch," Sawchuk, told WPR's "The Larry Meiller Show."

Having a pet with seizures doesn't have to mean a life sentence of pain and expensive medication, though, said, Sawchuk, a professor at the University of Madison-Wisconsin School of Veterinary Medicine.

Below are some suggestions Sawchuk has for caring for dogs with seizures:

What to do if your dog has a seizure

You may want to call the vet as soon as your pet starts having a seizure, but it’s safe to wait a few minutes, Sawchuk said. You can call the vet if the seizure continues after three to five minutes, she said.

Longer seizures can cause dogs to become hyperthermic and cause permanent damage to a dog’s nervous system, she said.

You also need to be watchful of your dog after a seizure occurs as he or she may be disoriented for hours or even days after a seizure and hurt themselves, Sawchuk said.

Treatments to try if you have a dog with recurring seizures

If you have a pet with recurring seizures, the goal is to reduce the frequency and intensity.

Ideally, a dog will have fewer than six to 12 seizures per year that are bi-monthly or further apart, with each seizure lasting no longer than a few minutes.

"We look at that as relatively good control," Sawchuk said.

There are many medicines available for dogs with seizures, such as phenobarbital, potassium bromide and Keppra (which is a human medication also used in dogs and cats). These are all good options, but if your dog is experiencing severe, treatment-resistant seizures, you may want to try other therapies, Sawchuk said.

Another thing to consider is your pet’s diet.

"There’s a new diet out for dogs, and it’s kind of based a little bit on what they’ve done for humans, especially children that have had uncontrolled epilepsy," Sawchuk said. "It works directly on a receptor in the brain that is involved with seizures, and it’s called the AMPA receptor."

About 70 percent of dogs put on this high-fat, low-carbohydrate diet had a significant decrease in seizures, Sawchuk said. The diet, called NeuroCare, is currently available via prescription, she said.

Although this diet may help your dog, do not reduce your dog’s medication without talking to your veterinarian, because doing so too quickly could give your dog a seizure they may not be able to come out of without medical intervention, she said.

Another thing to try, particularly if your dog has severe epilepsy or seizures that can’t be controlled, is CBD oil. It is available over the counter for pets, Sawchuk said.

"I have one patient that’s on it. (It’s) very safe to consider using. (It’s) something that’s just (now) being looked at in the veterinary world, something to talk to your veterinarian about," she said.