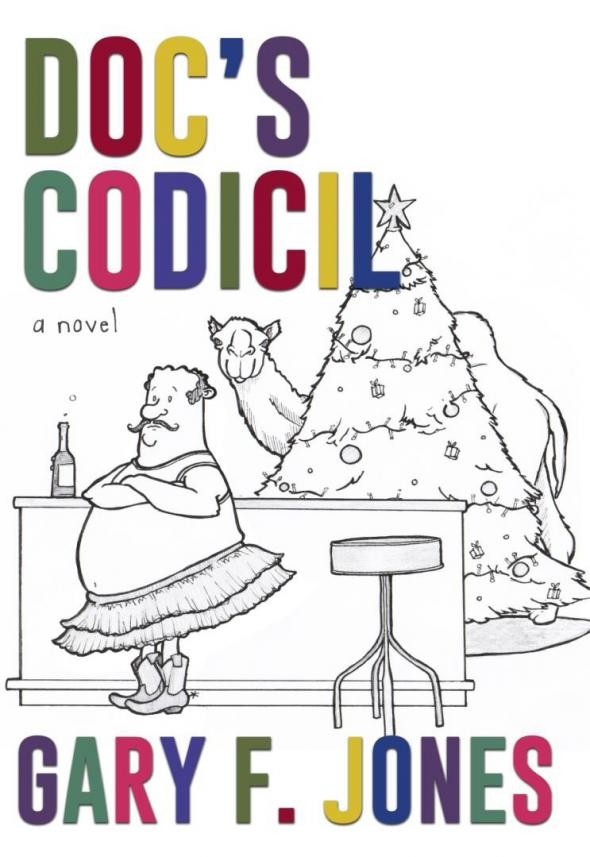 Dr. Gary Jones lived in the hectic world of the veterinarian practice and worked in bovine medicine in Wisconsin for 19 years. So, when Jones wrote his new mystery novel about a veterinarian and talking animals, it came as no surprise.

"Doc’s Codicil" is a mystery novel about a deceased vet who leaves around riddles in order to inherit his fortune. Doc’s three sons and daughter must solve the cryptic codicil, a supplement to his will, which is: "Take Doofus squirrel-fishing."

While writing the story, writing instructors at the University of Wisconsin-Extension told Jones that he "had a great writing voice, but no plot." With this feedback, he came up with the idea of looking at the codicil.

As a doctor with a Ph.D. in microbiology, Jones said it was necessary for the novel to consist with the scientific method. While the basics of science isn't always of interest to the public, Jones said he knew he needed to sprinkle humor to keep the readers engaged in the story.

With much of the characters resonating with Jones’ own family life, he said his favorite, and most humorous characters were Doofus, the "fairy of bad judgement and wishful thinking," and Gladys, the talking camel.

"I wanted to pick a name that was as un-camel like as you could get," Jones said. "Anyone who has worked with animals can probably take a guess at what their mental processes are and it was just an awful lot of fun to write."

The idea for the novel, Jones said, came from his anger toward the politics and the way the country approached different ideas.

"As I wrote the book, I had a chance to look at the ideas I had followed ... some of the wackiest ideas I had … they turned out really well," Jones said. "Ideas require evaluation and if you have dreams, is nothing but daydreaming until you do something about it."

In the end, the biggest thing Jones said he reflected on was that the ideas people thought were different or not ordinary, were the ones he consistently worked on the hardest. Jones hopes that readers understand his overall message that all ideas are good and fighting for them to become noticeable is difficult, but some will and can push through in the end.

"If everyone agrees that ‘boy that looks good’, chances are already a bunch of people out there doing it," Jones said. "It’s those ideas that strike people as odd, unusual or crazy, and if you carry it through and look very carefully, most of them you will dump. But the ones you decide to go with … can be very promising and do well."

For more information on Jones and his upcoming novels, visit the author’s website garyfjones.com.