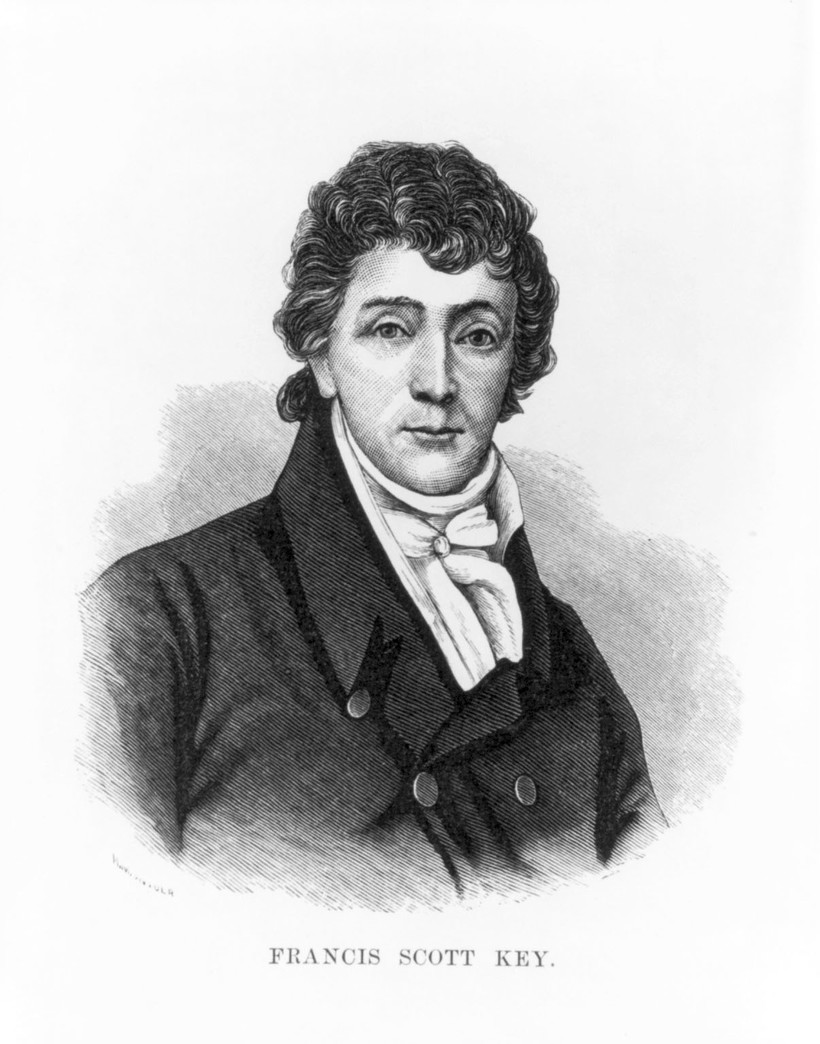 The song began humbly and rose to great heights over the course of 150 years. Our story begins in London in 1780 with a social club named after a fun-loving Roman poet said to have died at 86 from choking on a grape seed.

Most of the members of the Anacreontic Society were amateur musicians, though a few of them were professionals. [They met every two weeks at the Crown and Anchor Tavern in the Strand. The evening's entertainment consisted of a concert, dinner, and drinking songs.] The society began each evening with a song tailor-made by two of their members.  Poet Ralph Tomlinson provided lyrics and antiquarian and musicologist John Stafford Smith contributed a genteel melody. The song was essentially a hymn to the mingling of love and wine.

Not everyone loved the society though. The Duchess of Devonshire made a habit of eavesdropping on the proceedings from a secret room in the tavern, and she was no lover of bawdy songs and ballads. No doubt the possibility that she might be listening in at any time had something to do with the demise of the Anacreontic Society in 1786.

For the next twenty-eight years the song called "To Anacreon in Heaven" floated from one side of the Atlantic to the other, and in 1814 it turned up in a setting that was anything but convivial.

During the War of 1812, as the British retreated from Washington, a well-known Washington lawyer and amateur poet, was on a prisoner exchange ship in Baltimore Harbor. The lawyer, Francis Scott Key, spent a night nervously watching the British bombardment of nearby Fort McHenry. At sunrise, seeing the American flag still flying over the fort, Key was inspired to write the poem known as "The Star-Spangled Banner."

Key later forwarded his poem to a Baltimore printer, coupling it with a slightly less singable arrangement of "To Anacreon in Heaven." In 1931, 150 years after its inglorious beginnings in a London tavern, the quaint old drinking tune became officially the national anthem of the United States.