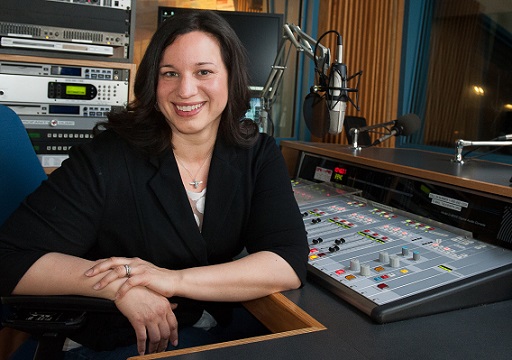 "Central Time" host Veronica Rueckert has announced that she has accepted a new communication position outside of WPR, and her last day on air will be Nov. 1.

"I've been privileged to be part of the lives of listeners throughout Wisconsin," said Rueckert. "I'd like to thank them for helping to build a community based on trust, fairness and honesty. I understand the state and my fellow Wisconsinites more deeply than I did before, and that's a gift I'll take with me wherever I go."

Rueckert's first role at WPR was as a weekend announcer in 1996. That opportunity launched a 21-year tenure at WPR. She was a producer of "To the Best of Our Knowledge" when the nationally syndicated program won a Peabody Award in 2004. She hosted "The Veronica Rueckert Show" for nearly five years. Since 2013, she and Rob Ferrett have co-hosted "Central Time," a show that she helped create and launch.

Sheryl Gasser, the Ideas Network director, said, "Veronica's legacy at WPR is accomplished and eclectic, from hosting classical music to news to talk shows. She has been quick to learn new things when needed, while always maintaining a strong sense of service to listeners. She will certainly be missed by both colleagues and listeners, and we wish her well in her new position."

After Rueckert's departure, Ferrett will continue to host "Central Time" as WPR explores the opportunity to bring new and different voices to the air.

"I've worked with Veronica since my first days at Wisconsin Public Radio," said Ferrett. "She's an amazing co-worker and friend, a great teammate in creating a new show from scratch, and a fantastic on-air partner. I'll miss her on the air and in the office!"