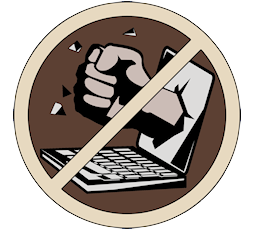 The number of laws to prevent cyber-bullying are on the rise in the state. Vernon County is the latest to pass such an ordinance.

The new law fines people $50 to $500 if they intend to "annoy, offend, or degrade" anyone through text messages, emails, or on Facebook.

Some Wisconsin municipalities, like Viroqua and Franklin, passed similar ordinances last spring. There are already state laws against bullying and misusing electronic devices. Plus, schools are required to have bullying policies.

Although the law applies to all residents, Vernon County Sheriff John Spears says it's a way to address problems early on in younger people, but he doesn't see it eliminating the problem. He says although it's not excusable, kids often get caught up in peer pressure, "It also gives young people a better chance, rather than relying on a state statute, a local ordinance does just that. It stays local and it doesn't impact them with a record for the rest of their lives. It's easier to manage, I guess."

UW-Eau Claire associate professor Dr. Justin Patchin is the co-director of the Cyberbullying Research Center. He says with state laws on the books, it doesn't make much sense for cities and counties to pass cyberbullying laws, "The one thing it does do potentially is give the community alternative options in terms of how to handle these problems. It also does send a statement to the community that we don't tolerate these kinds of behaviors. This isn't something we want in our community."

Patchin says he'd like an update to the state's laws, allowing school officials to intervene when a student's ability to learn is affected by bullying.