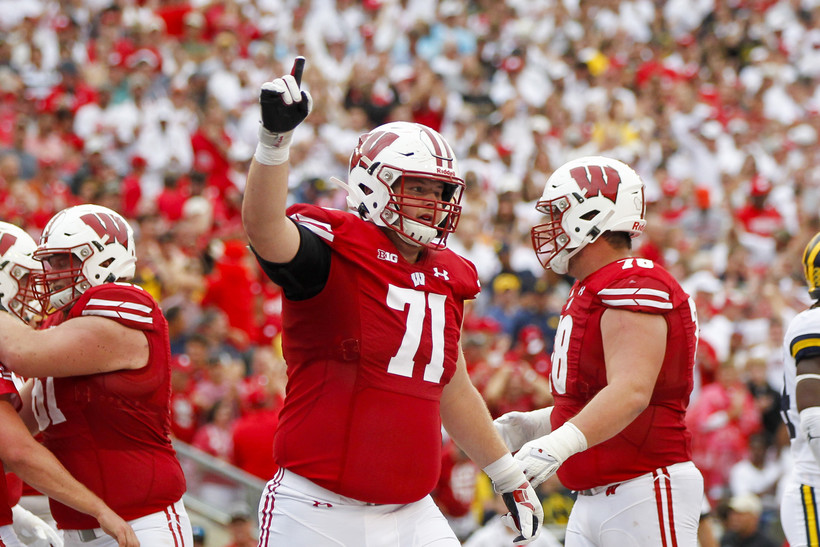 Van Lanen Suits Up For Hometown Packers: 'I Just Want To Be Someone This Town Can Look Up To'

Questions linger over whether quarterback Aaron Rodgers will return to the Green Bay Packers next season. Meanwhile, the team is getting ready for its upcoming campaign.

The Packers got their first look at their rookie class this weekend. Offensive lineman Cole Van Lanen was among those who suited up for minicamp. The Green Bay native was drafted out of the University of Wisconsin-Madison in the sixth round. He’s "extremely" excited to play for the Packers, he told reporters.

"I just want to be someone that this town can look up to, a hometown kid that’s kind of made it," he said. "I’m glad I can be that guy and represent the community well."

Growing up in Green Bay, his goal was just to play Division I football. Once he started having success with the Badgers, he realized the NFL might be in his future, he said. He doesn’t think about the implications of playing for one of the league’s most storied franchises, which happens to be in his hometown.

"I’m that guy that needs to learn, I need to be able to be on the field and make this team and make an impact on this team. That’s been my mentality from the beginning, no matter what team I got drafted to," he said.

"You can tell the character of this group is extremely high, and that is going to be so valuable to our football team in our locker room," he said.

Van Lanen will join an offensive line squad anchored by David Bakhtiari, a player he studied and looked up to while growing up in northeast Wisconsin.

And he won’t be the only Badger offensive lineman hoping to make an impact in Green Bay. His former teammate Jon Dietzen, from Outagamie County, signed with the Packers as an undrafted free agent.

Meanwhile, Green Bay’s top draft pick, corner Eric Stokes, said he was excited to join a team with so much history. The former Georgia Bulldog said Green Bay has the best fans in the world.

"I just can’t wait to walk out there on a game day," he said.

Optional Team Activities start Monday, and a mandatory minicamp is set to begin June 15. Building team chemistry will be a focus, LaFleur said.

When he spoke last week, he said there are no updates on the situation with Rodgers.

"We want him back in the worst way. I know he knows that, and we’ll continue to work at it each and every day," he said.

Green Bay recently signed veteran quarterback Blake Bortles, who played under offensive coordinator Nathaniel Hackett when they were both in Jacksonville.

The Packers are set to open the regular season on Sept. 12 in New Orleans. Their first home game at Lambeau Field will be the following Monday against the Detroit Lions. Green Bay will also host a relatively rare Christmas Day matchup against the Cleveland Browns.