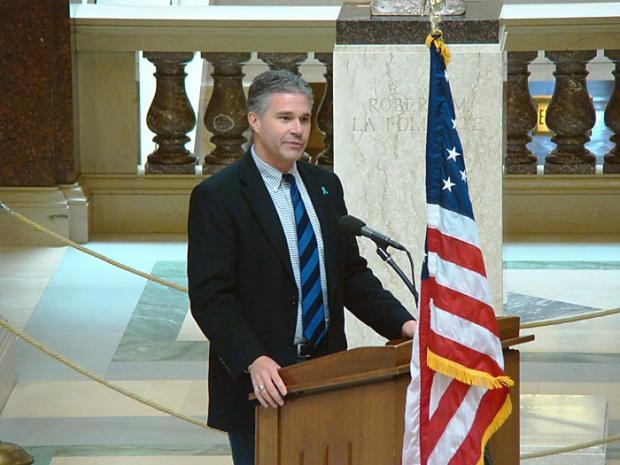 U.S. District Judge Barbara Crabb ruled earlier this month that Wisconsin’s gay marriage ban was unconstitutional.  In the days that followed, at least 60 of the state’s 72 clerks had issued marriage licenses to same-sex couples.  However, Van Hollen said that because Crabb’s ruling didn't include instruction on how public officials should proceed, the ban was still in place and that the marriages were illegal. He then said that local district attorneys could charge those clerks for breaking the law.

“He said they could be (charged), and then I think he walked it back a little bit and he said that he didn’t expect that anybody would bring charges,” said adjunct Professor Rick Esenberg.

Esenberg said there's a statute that says that it’s a crime for a clerk to knowingly issue an improper marriage license, but that the key lies with the term, “knowingly.”

“When a federal district judge said that a law is unconstitutional, even if that decision were to ultimately be reversed, I think it would be hard to say that a clerk who in that week and a half or so of uncertainty had issued a marriage license would actually be subject to prosecution,” he said.

That’s why Esenberg stated that Van Hollen probably would prefer to take his warning to clerks back.

“I think (Van Hollen) came to regret the fact that he made that statement that it would be taken the wrong way, and I think it was,” Esenberg said.

Last Friday, Crabb ordered state officials to no longer enforce the Wisconsin’s gay marriage ban, but the order has been put on hold pending an appeal.

Esenberg predicted the issue will ultimately be resolved by the U.S. Supreme Court by a 5-4 vote.  He said that Justice Anthony Kennedy will likely break the tie, though he does not know which way he will vote.