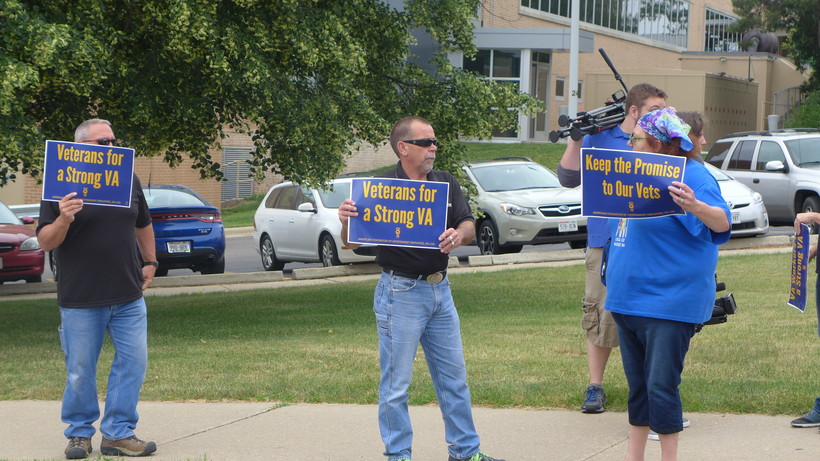 A Commission Appointed By Congress Is Reviewing Plan To Close VA Facilities
By Shamane Mills
Share:

Workers at Department of Veterans Affairs hospitals in Madison and Milwaukee rallied Wednesday to protest changes they fear could result in lost jobs.

The VA has shifted some health care to private providers to try to alleviate long wait times. Veterans groups and VA employees are concerned that could lead to privatization.

"Nobody says we need to abandon the mission if things aren’t working well. We stand together and we fix them," said Amber Mack, president of Local 1732, part of the American Federation of Government Employees. "We don’t just get rid of everything and give it to somebody else to fix."

The congressionally appointed Commission on Care reviewed a report that looks at gradually closing VA facilities. A slim majority of commissioners were against the plan in which the VA would only pay for health care, not provide it.

Wisconsin regulators award $100M in COVID-19 stimulus funds for broadband expansion
Wisconsin police departments were already struggling to draw and keep officers. Calls for accountability have made it even harder.
Wisconsin imprisons 1 in 36 Black adults. No state has a higher rate.
Nursing home deaths from COVID-19 are rising again in Wisconsin and other states
Culver's crowns Wisconsin butter burger king for a day with limited-time CurderBurger