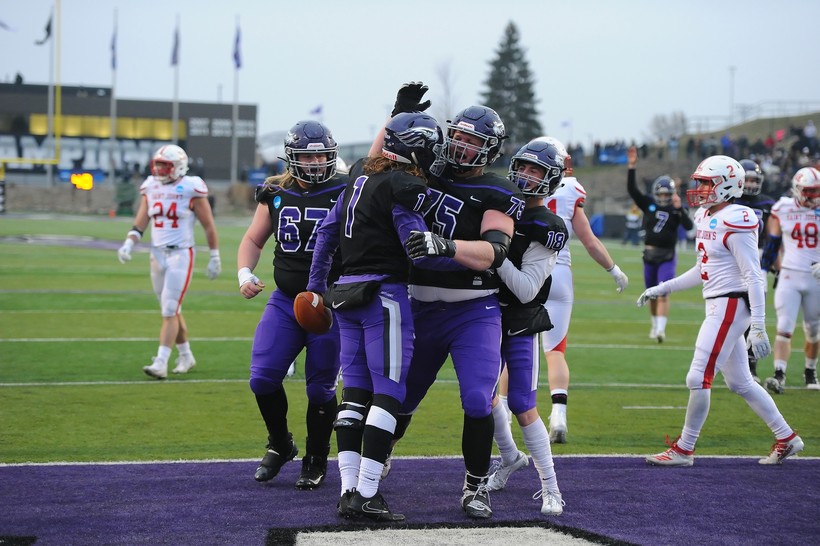 UW-Whitewater To Play In Its 10th Stagg Bowl

The Green Bay Packers have a storied history, but a few hours down Interstate 41 from Lambeau Field, there's another football dynasty.

The University of Wisconsin-Whitewater will face North Central College Friday in the Stagg Bowl, the national championship of Division III college football. It will be the 10th Stagg Bowl appearance for the Warhawks in the last 15 years. They've won the game six times, most recently in 2014.

This year’s Stagg Bowl kicks off at 7 p.m. Friday in Shenandoah, Texas. It will be televised on ESPNU.

UW-Whitewater beat St. John’s University in a semifinal on Dec. 14 to earn its championship berth. The teams traded scores until the Warhawks kicked the go-ahead field goal with just over two minutes remaining to take a 35-32 lead. UW-Whitewater's offense tallied 397 yards and its defense had seven sacks.

The Warhawks lost one game this year to UW-Oshkosh, last year's Stagg Bowl runner-up. UW-Oshkosh scored 13 points in the fourth quarter to win 27-20 when the teams met in the final game of the regular season. The Warhawks went on to outscore their first four playoff opponents by a total of 60 points.

Kevin Bullis is UW-Whitewater’s head coach and during his seven years as an assistant coach, the Warhawks appeared in the Stagg Bowl six times. They won it five.

Athletic director Ryan Callahan said success on the field is important for the whole campus and the city of Whitewater.

"This is huge," he said. "This is good, positive, uplifting press for the entire campus.”

Callahan himself was a former UW-Whitewater student athlete. He played baseball for the Warhawks from 1999-2004.

Sports play an important role at UW-Whitewater. In 2014, it became the first school in NCAA history to hold men’s basketball, baseball and football titles at the same time. This year, the Warhawks won their conference in women's soccer, volleyball, golf and women's tennis, Callahan said.

According to Callahan, UW-Whitewater has close to 600 student athletes.

"We take pride in our ability to not only win on the field but recruit a certain number of student athletes to our campus," he said.

Callahan credits UW-Whitewater’s athletic success to the support of the school’s administration and alumni. He said its athletic programs play a role in attracting other students.

UW-Whitewater's Stagg Bowl opponent has never appeared in the game before. The North Central Cardinals — from Naperville, Illinois — beat Muhlenberg College 45-14 in their semifinal.