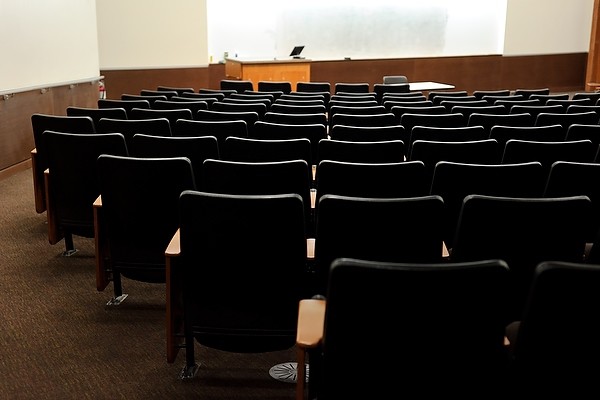 University of Wisconsin System President Ray Cross says he disagrees with U.S. Sen. Ron Johnson who said universities could save money by using documentaries in place of traditional classes.

After addressing students, faculty and staff at UW-Eau Claire, Cross was asked about Johnson's statement that states could save money at their colleges and universities by cutting instructors and using online videos such as Ken Burns' Civil War documentary. Johnson referred to higher education as a "cartel" and suggested tenured faculty are interfering with cost saving reforms on campuses.

Cross said there's no substitute for access to good teachers.

"Obviously, the transfer of information can occur by watching a film," Cross said. "Everybody understands that, and I think Ken Burns does a wonderful job. But, the interaction and dialogue that queries and questions and probes has to take place as well."

Cross said dialogue can take place online but only when students have access to skilled instructors.

"I’m not disputing that," Cross said. "But teachers that are good, that aren’t just disseminating information, but are engaging students and thoughtful concepts, framing things, questioning, probing — teaching critical thinking can only occur when there’s that dialogue."

Burns tweeted Wednesday in response to Johnson, saying: "I'm here to support teachers, not replace them."