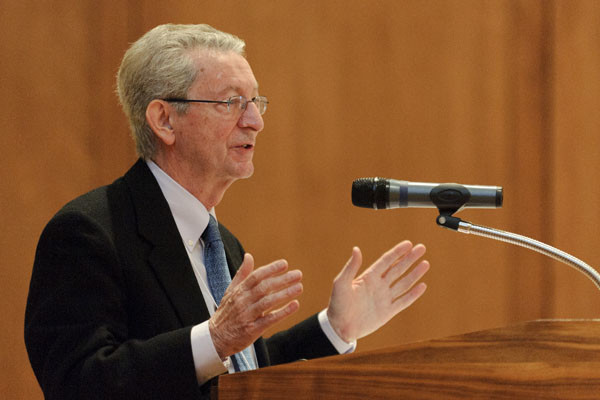 The University of Wisconsin System has approved a tuition freeze for both in and out-of-state undergraduate and graduate students next year.

The board approved the freeze at its meeting today. Lawmakers included an in-state tuition freeze in the state budget after it was discovered that the system had $648 million in cash reserves. The UW System says it is expanding that freeze to out-of-state and international students in order to grow revenues.

"I understand this year because of the balances it makes sense to tactically retreat and say, 'That money should help the parent and the student pay their tuition this year.' But going forward, that's one-time money. It will not resolve the structural dilemma of the tuition level of this system."

Ward says the UW system will likely have to hike tuition down the road. But United Council of UW Students government relations director Dylan Jambrek says he hopes that won't be the case.

"We don't think it's appropriate for large tuition hikes to come regardless of what's happening at the state," says Jambrek. "We think there needs to be a reinvestment in higher education which Chancellor Ward did talk about. The state has long been cutting the UW year after year after year and that's why we see costs going up and we see tuition going up."

The UW System had originally proposed a 2 percent tuition increase in each of the next two years. Fees at UW campuses and room and board are set to go up slightly.