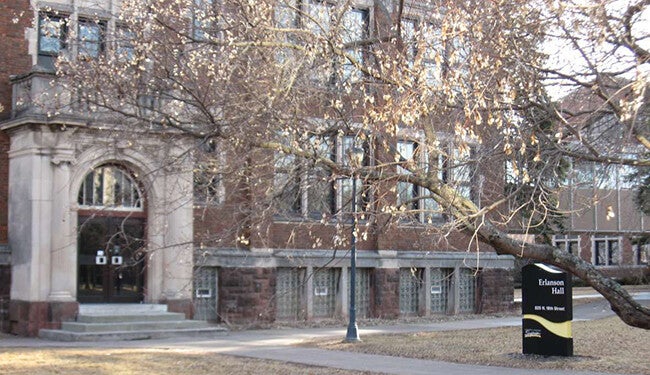 Erlanson Hall on the University of Wisconsin-Superior campus. Danielle Kaeding/WPR

The University of Wisconsin-Superior has removed Roger Plachta as head coach of women’s softball and golf on campus. The university said in a new release that Plachta has been removed due to a "pattern of misconduct and unprofessional behavior."

Plachta has been placed in an administrative role pending further review of the matter.

"The university and its athletic department strive to create an inclusive and safe environment for all individuals," read the release. "The athletics department seeks to provide student-athletes with a holistic collegiate experience that fosters personal growth through academics, athletics, community involvement and leadership development in a competitive environment while promoting cultural diversity, gender equity and inclusivity amongst student athletes, coaches and staff."

Nick Bursik, director of athletics at UW-Superior, will coach the women’s softball and golf teams for the rest of the academic year. A national search for a head coach will begin next spring.

Plachta, 62, was reinstated as head coach of the women's softball and golf teams last year after a university investigation into complaints against him about his behavior in the workplace and use of university funds, according to the Duluth News Tribune.

Plachta has coached women's softball at UWS since 2000. He coached the women's golf team from 2002 to 2009 when the program was suspended. The university selected Plachta to coach women's golf when it resurrected the program in 2015.

Plachta did not immediately return requests for comment on Tuesday afternoon.